With AMD less than a week away from showcasing its next generation GPU, leaks and rumors are bound to trickle out. Speculation is stirring about the Radeon RX Vega price and performance; in fact the entire launch lineup leaked out last week.

Today a new report emerged online which reveals pricing for Vega’s second gen High Bandwidth Memory, or HBM2. The details are interesting as they show HBM2 will cost a few times more than the traditional GDDR5(X) making Vega or any other cards using this memory type much more expensive.

AMD has already announced that the first shipping Vega will be the Frontier Edition which will target the AI and professional graphics market. Frontier Edition will hit the shelves in the second half of June, with the consumer RX Vega coming “very soon thereafter.”

We can expect the RX Vega GPU to be available by August. The chip will be equipped with two stacks of HBM2, incorporating up to 8GB of memory.

Back in January at CES 2017, the company demoed a consumer variant of Vega graphics card running DOOM at 4K. The card was featuring 8GB of HBM2 VRAM but AMD said it would allow its board partners to ship the card with various memory configurations.

While HBM2 upstages DDR in bandwidth and power, the technology is super expensive to produce. There are a lot of design complexities associated with the production of HBM2 GPUs.

For example, for Vega to be fully functional, it needs the GPU, HBM2 and silicon interposer all of them to be fully operational. Plus, HBM2 itself requires Through Silicon Vias (TSVs) which connect the GPU with the memory and the package die. 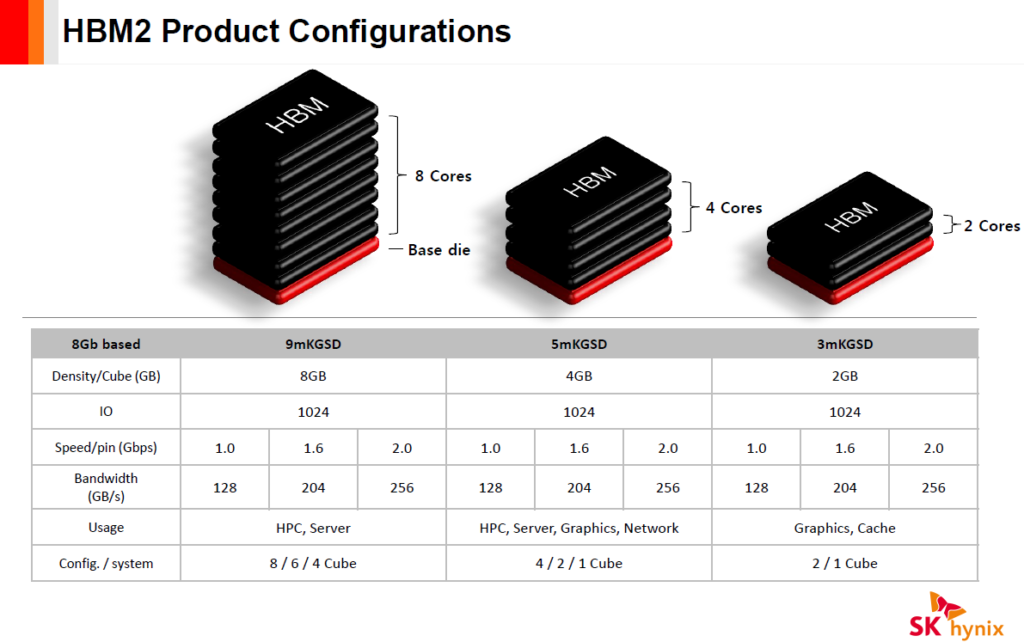 Raja Koduri, AMD’s Radeon boss, highlighted this fact in a recent Reddit AMA saying, it’s “not like you can run down to the corner store to get HBM2.”

We finally know how much an HBM2 stack roughly costs courtesy of Fudzilla. The site’s sources reveal that a 4GB stack of HBM2 costs around US $80. Since Vega features two HBM2 stacks for a total of 8GB, the price should go all the way up to $160 just for the memory.

For reference, Nvidia’s Pascal GP100 based Tesla cards ship with 16GB of HBM2 and are extremely expensive at ~$1500. Assuming the above pricing info for HBM2 is correct, Nvidia should be spending $320 on the memory alone for its Tesla P100 datacenter accelerators.

However, it’s worth noting that customers get different price quotes depending upon what they need and $80 is just a rough guideline. Also, there is usually huge price premium between workstation cards and consumer parts – check AMD’s FirePro pricing against Radeon.

So even if we know how much an HBM2 stack costs, we can’t just predict how much the Radeon RX Vega price will be considering much, of course, depends on performance.

We’ve witnessed early benchmarks and performance rumors regarding RX Vega but there’s nothing concrete yet. The company is said to be fabbing at least three Vega models with the fastest model to rival Nvidia’s GeForce GTX 1080 Ti and Titan Xp.

Although featuring HBM2, it’s hard to imagine that RX Vega will be priced more than GTX 1080 Ti, at least until we know the actual performance.

To be precise, if a previous leak is to be believed, the upcoming flagship model, allegedly called the RX Vega Nova, will be much cheaper than 1080 Ti at $599. But again, this is just a speculation at this stage so treat it with the proverbial pinch of salt.

Thankfully, a lot will be clear soon as AMD is set to take stage at Computex on 31st May where it will officially showcase the Radeon RX Vega.