A Linux graphics driver patch was issued earlier this week, which reveals the most comprehensive Vega 10 specs to date. Vega 10 is AMD’s upcoming flagship graphics chip which is set to launch in this quarter. Leaks and benchmarks of Vega suggest that AMD might be fabbing three models with the fastest model designed to take on Nvidia’s GeForce GTX 1080 Ti and Titan Xp.

The AMD Vega 10 features 64 Next-gen Compute Units, each containing 64 GCN cores for a total of 4096 stream processors. These are divided into four shader engines with every 1024 single shader having two Asynchronous Compute Units, one render back-end and 4 texture blocks.

Breaking it further, each render back-end is composed of 16 render output units while each texture block is composed of 16 texture mapping units. This means the entire Vega 10 chip has a total of 64 ROPs and 256 TMUs. In addition to this, it offers support for 8 independent work threads simultaneously. 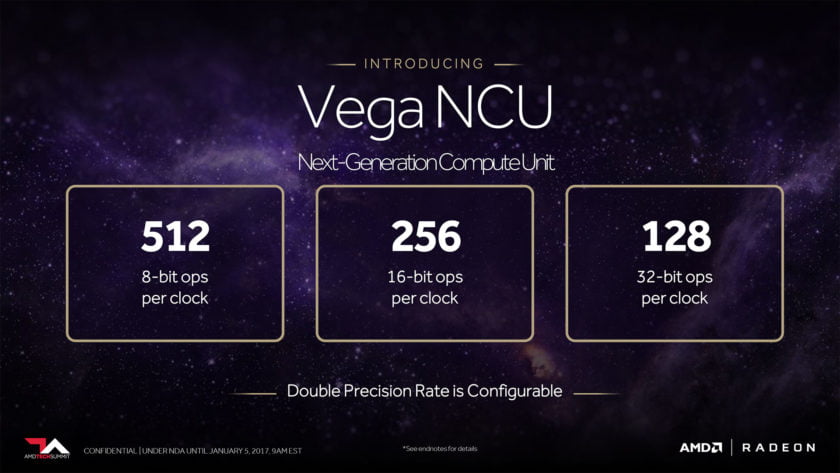 For comparison, Vega 10 features double the ROPs of the Polaris 10 XT which is the GPU powering the Radeon RX 480. The next-gen chip also has 78% more stream processors and TMUs, and is capable of executing double the number of work threads.

Recently, an alleged benchmark of the Radeon RX Vega GPU surfaced on the 3DMark database. The benchmark contains the device ID 687F:C3 and shows the card scoring 5721 points. 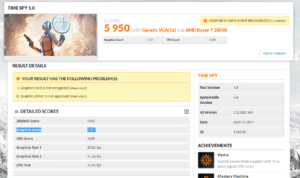 There is possibility that this particular benchmark is of a cut-down chip that is meant to compete with the GeForce GTX 1070. If true, I would expect it to be the bare minimum that Vega could achieve. 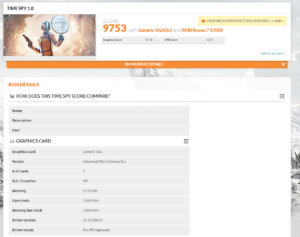 We would advise you to take these Vega 10 benchmark results with a usual grain of salt until the GPU is released by the end of June.