Reviews are in for the Intel 8th Gen Coffee Lake processors showing impressive performance for a competitive price at every level. The flagship Core i7-8700K offers a huge boost in performance over the predecessor Kaby Lake, especially when it comes to overclocking.

Some overclockers have already pushed the 8700K to 7 GHz under extreme cooling. They uploaded their benchmark results on HWBot, showing ten new 6-core records.

The event led to new records among 6-core processors, with the Core i7-8700K representing the fastest model on HWBot, even surpassing their HEDT Core i7-7800X Skylake-X CPU. 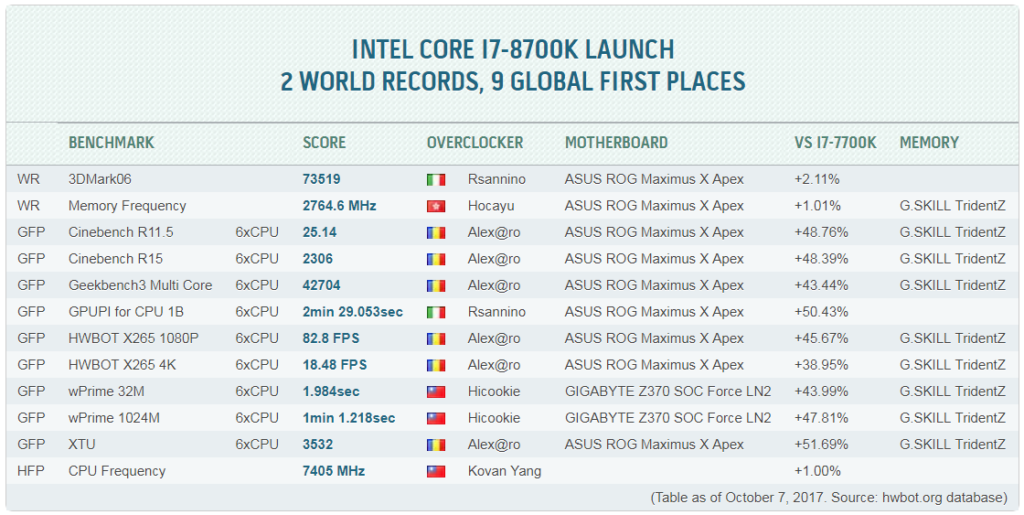 Meanwhile, HWBot user Kovan Yang reached 7.405 GHz under extreme cooling. This is the highest clock speed on any Intel CPU since the introduction of the core architecture, and is in sixth place in overall CPU frequency ranking. 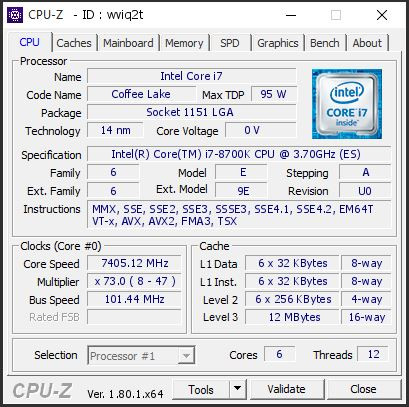 The test system used an MSI Z370 Godlike Gaming motherboard, unspecified DDR4 memory, an NVIDIA 8400 GS graphics card. The 8700K was configured with a multiplier of 73x, and a base speed of 101 MHz.

The Intel i7-8700K is very similar to the 7th Gen i7-7700K. If you look at the heat spatter itself, you cannot really tell any difference. Also, the back side looks almost the same; the only thing that changed is the pin layout. 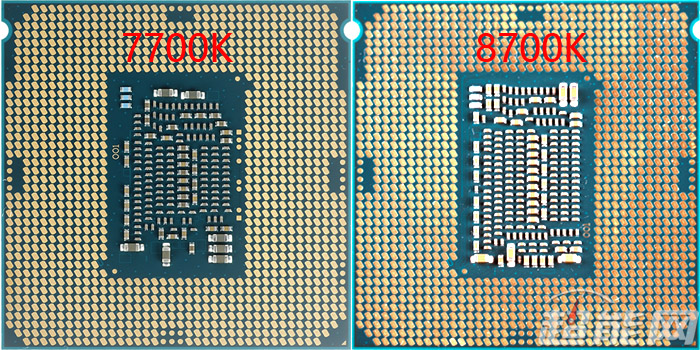 The Coffee Lake will only be compatible with Intel’s brand-new Z370 chipset. It won’t work with Z270 or Z170 series motherboards, even though it uses the same socket 1151 as Kaby Lake. The reason for this is that the pin layout of the socket has changed.

The Kaby Lake features 128 VCC (power) pins, whereas on Coffee Lake, we have 146 VCC pins. That’s 18 pins more for power supply of the CPU, which makes sense considering we have two more cores on Coffee Lake.

The power density of the chip itself is the same as the Kaby Lake, so you can roughly expect from 4.8 to 5.2GHz for ambient overclocking. For anything above 5.0 GHz however, delidding is the way to go although risky.