Intel’s 8th Gen Coffee Lake series is expected to launch next month. It will see the introduction of the first 6-core mainstream CPUs from the company. If a new leak is to be believed, Intel is also prepping an 8-core Coffee Lake CPU which could launch in 2018.

Recently, we heard that Intel Z390 chipset will support the 8-core, 16-thread CPUs based on the 10nm Ice Lake architecture. Seems like Ice Lake won’t be the first processor series to feature octa-core chips, but they could arrive earlier as part of the 14nm Coffee Lake family.

This comes via Intel’s leaked supporting documents which refer to a “CFL 8,2 core,” the abbreviation for 8-core Coffee Lake CPUs. 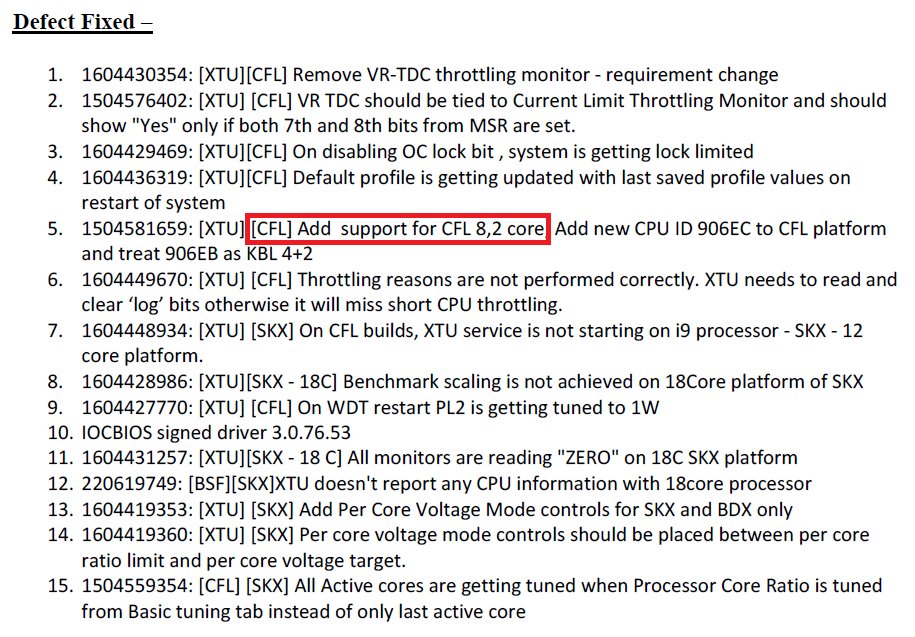 This could also explain why the new socket LGA 1151 technically only works with the Coffee Lake, and deny access to the existing Kaby Lake chips. Maybe, the original LGA 1151 was not intended for CPUs with six or even eight cores, but that’s just an assumption.

That being said, there is no official confirmation of the leak so treat it with the proverbial grain of salt. We’ll update you when we know more.

The Coffee Lake CPUs will be built using the updated 14nm++ process node. The flagship Core i7-8700K features 6 cores and 12 threads clocked at 3.8GHz base, 4.7GHz maximum Turbo and 4.3GHz all-core boost. The CPU is expected to reach 5.0GHz OC. You can learn more about the Coffee Lake lineup and pricing here.