AMD’s new Ryzen 9 lineup has leaked out on the web. Code named Threadripper, the enthusiast CPU lineup comprises of 16, 14, 12 and 10 core parts with clock speeds up to 4.1GHz.

Threadripper will be compatible with AMD’s modified Naples-based server SP3 socket, which is known as SP3r2. Furthermore, the CPUs include support for quad-channel DDR4 memory and 44 PCIe lanes as we spotted last week with the company’s HEDT (high-end desktop) platform, code named Whitehaven.

Without further ado, let’s take a look at the Ryzen 9 lineup.

Its younger sibling Ryzen 9 1998 features the same number of cores and threads, with the same TDP. The only difference is slightly lower clock speeds of 3.2GHz base and 3.6GHz boost.

The enthusiast Ryzen 9 lineup is considerably larger than the current Ryzen processor series so it won’t be compatible with Socket AM4. It’s going to be LGA, rather than PGA, which means the pins will be on the socket instead of the CPUs.

The Whitehaven Ryzen will compete directly with Intel’s upcoming HEDT X299 platform which features up to 12-core Skylake-X CPUs. The Whitehaven platform not only offers more cores and threads compared to its Intel’s counterpart, but also more I/O, storage and L3 cache. 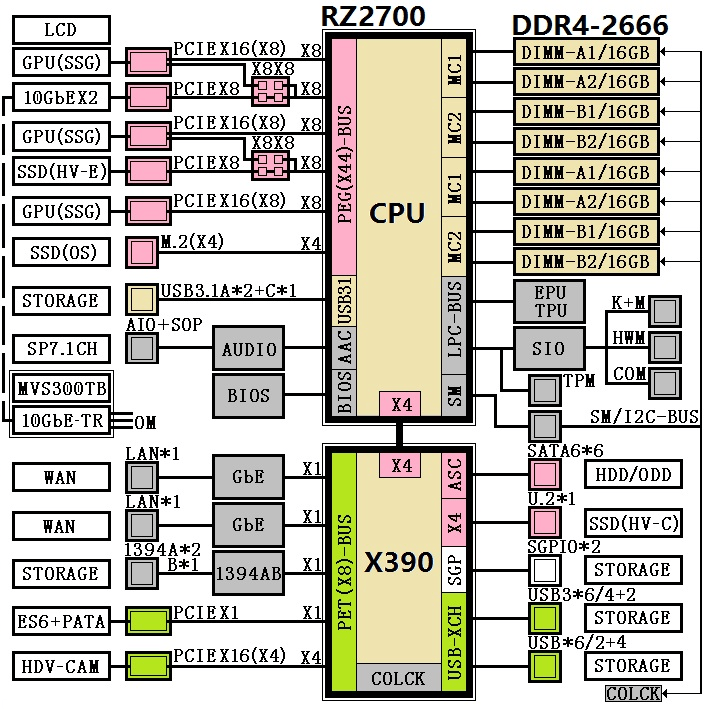 In order to be competitive, Intel will need to launch their HEDT X299 platform with a price cut for maximum effect otherwise AMD is well on its way to displacing it from the performance throne.

AMD is expected to showcase its Ryzen 9 lineup and Whitehaven platform at Computex 2017 during May 30th – June 3rd. What do you think of Threadripper Ryzen 9 lineup? Let us know in the comments.