It’s only been a couple of days since AMD launched their next-gen Ryzen 7 processors and overclockers are already trying to push the new chips to break world records. Recently, overclockers broke two frequency world records with the flagship Ryzen 7 1800X.

The AMD 1800X is an 8-core, 16-thread processor that runs at 3.6GHz base and 4.0GHz boost clocks. You can get an extra 100MHz out of the chip thanks to AMD’s Extended Frequency Range (XFR) technology that allows it to achieve frequencies above and beyond default boost clock speeds.

Furthermore, the Ryzen 7 1800X features 16MB of L3 cache and 4MB of L2 cache, with the whole package rated at 95W TDP. Priced at $499, the chips comes in with fully unlocked multipliers, offering overclocking support right out of the box via the AMD Ryzen Master overclocking utility or motherboard BIOS.

The German overclocker Der8auer pushed the Ryzen 7 1800X to 5.8GHz on an insane voltage of 1.97v, and officially claimed the frequency world record on HWBot. Der8auer achieved this feat using the liquid nitrogen, with test bench featuring an Asus Crosshair VI Hero motherboard and 16GB of 2400MHz DDR4 CL11 memory. 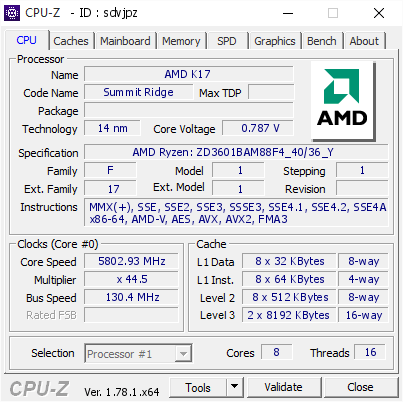 The other Ryzen 7 frequency world record was achieved by the Swedish overclocker Elmor. He used LN2 to push his Ryzen 7 1800X to 5.36GHz on all 8 cores. The CPU scored 2454 points in the Cinebench R15’s multi-threaded test, breaking the previous world record by 9 points which was achieved with an Intel Core i7 5960X overclocked to 6GHz. 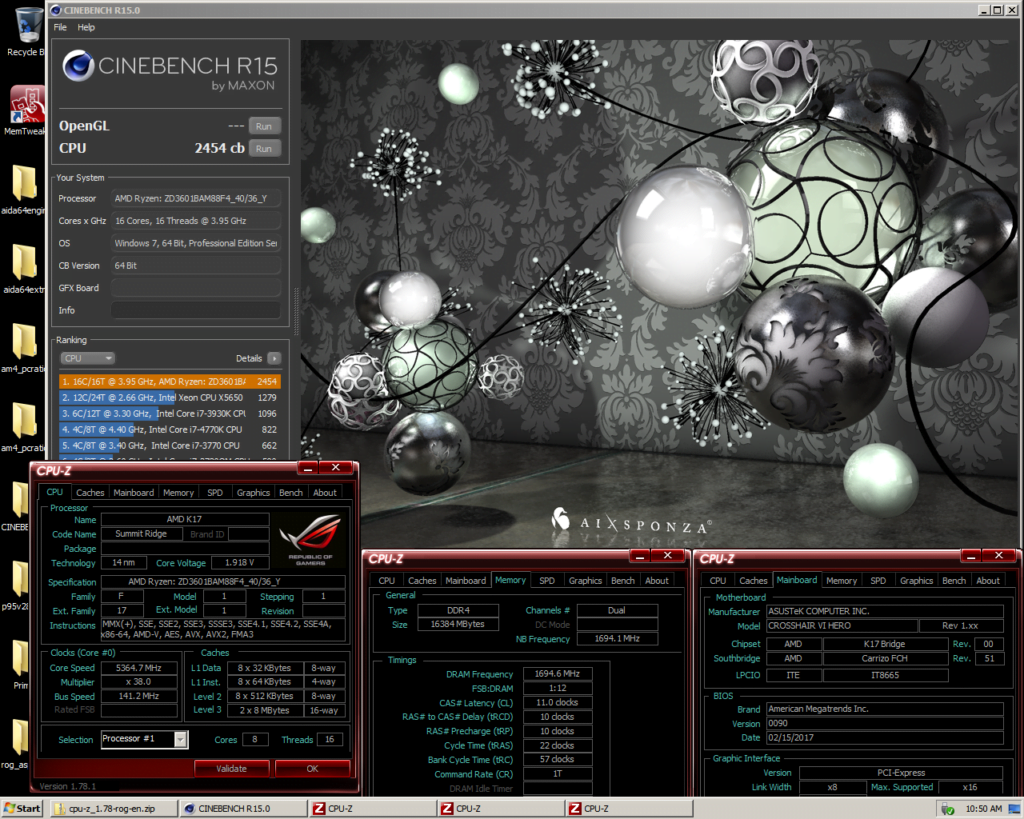 This is pretty impressive considering the fact that Ryzen 7 1800X is clocked at over 600MHz less than the i7 5960X, but it’s still able to outperform that latter. Not only this but the i7 5960X also has the advantage of featuring quad-channel DDDR4 memory compared to Ryzen’s dual channel.

The Ryzen 7 benchmarks point to some performance bugs and memory compatibility issues on the CPU’s microcode. In this regards, the motherboard makers are in the process of updating their BIOS profiles to iron out all the kinks. So overclockers could see even better results in the near furture.