At long last, the wait is over: AMD Ryzen is finally here. The next generation Zen based CPUs are now available for gamers and enthusiasts to purchase. Reviews of the Ryzen 7 series also go live Thursday, which show the new processors delivering an incredible multi-thread performance per dollar value. But, the story is different when it comes to gaming. Here’s our Ryzen 7 gaming benchmarks roundup in case if the gaming performance is all you care about. 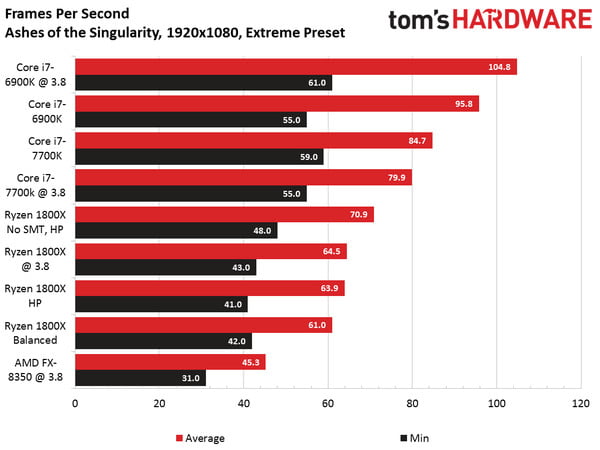 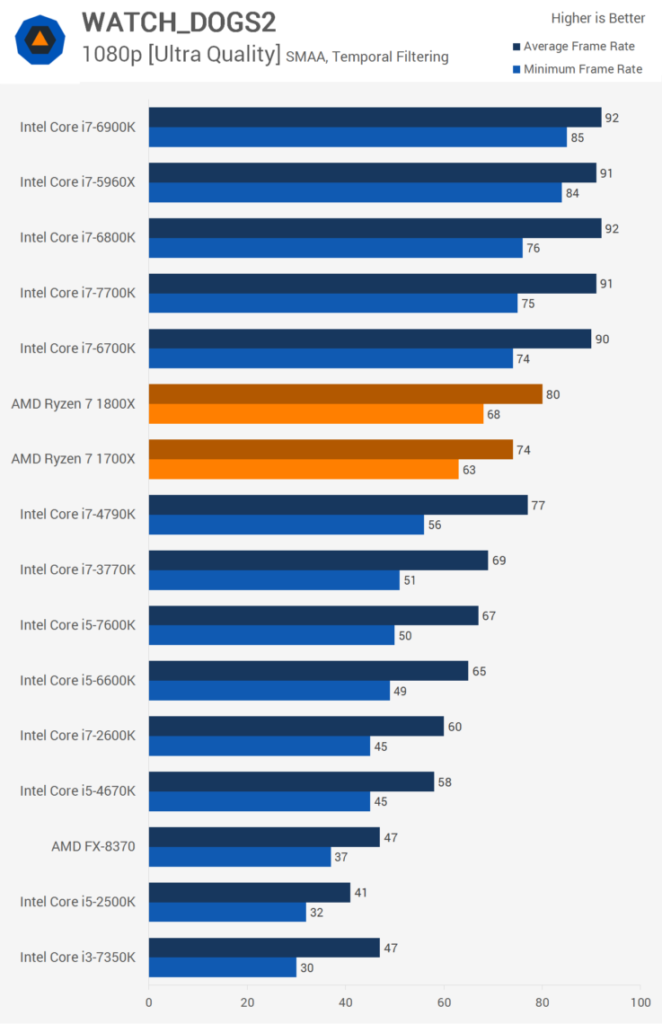 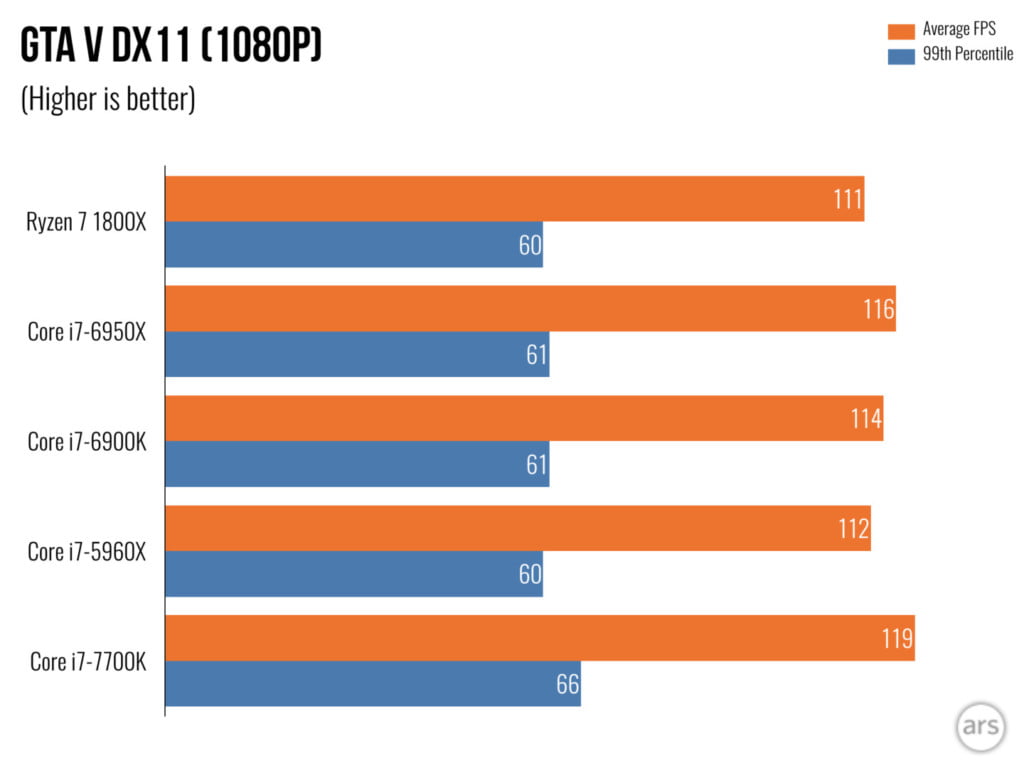 Looking at the Ryzen 7 gaming benchmarks, we can see that AMD’s solutions are, of course, a competent performer, but overall, they are slower than their Intel counterparts in pure FPS. In some games, the actual difference between chips is negligible in pure fluidity terms; other times Intel CPUs win big.

This might have to do something with game optimizations and software updates for gaming and applications. You can notice the differences between chips are minimal as we look towards gaming at higher resolutions and ultra settings. AMD says it’s working with software developers to patch Ryzen support, and expects users will see gaming performance improving throughout Q1 and Q2.

Another issue we noticed is that some games show better performance with AMD’s simultaneous multi-threading (SMT) disabled. This is linked to Windows power profiles which could be adversely affecting performance and may need a patch to be resolved. At present, AMD recommends the SO’s High Performance Profile.

Furthermore, some games, such as Hitman, show higher performance with their DirectX 12 code-paths, while the reverse is true with others (Rise of the Tomb Raider). You could see an advantage of 5-8% by disabling the HPET (High Precision Event Timer), either in the BIOS or operating system, suggests AMD.

The company is also reportedly working with technology partners to optimize Ryzen’s microcode in regards to memory performance, which could be part of the reason why the new Zen based CPUs don’t perform as well as expected under gaming environments.

For now, Intel processors in general, supersede in pure gaming terms. In particular, the quad-core i7-7700K remains the best performer for gaming thanks to its freak core-clocks.

So my opinion is if you have a decent CPU and you only game, don’t buy Ryzen now. I don’t mean that in a harsh way, but there are clearly some issues with the CPU as we discussed above. But, if you’re into other stuff, for example video editing and 3D rendering, then Ryzen may be more interesting.

AMD’s Ryzen are beast CPUs; they crush Intel’s competition when it comes to multimedia and encoding workloads. But, they are unable to steal the gaming crown from Intel.