New details about Intel’s upcoming high performance mobility chips have surfaced online. The new processors will be part of the Intel Coffee Lake-H 8th Gen family, including the Core i9, Core i7, Core i5 and Xeon variants, that are expected to arrive in the coming month.

According to the leak, Intel Coffee Lake-H series comprises of at least seven Core and Xeon based processors. The CPUs will rock up to 6 cores, and will be aimed at the notebook and workstation mobile platforms. Below are the specifications of these chips.

First up, we have the 6-core, 12-thread flagship SKU called the Core i9-8950HK. The chip has a full 12 MB of L3 cache and runs at a base clock of 2.90GHz. It also offers a single core boost of 4.8GHz and an all-core boost set at 4.3GHz. In addition, the “K” designation indicates the chip will feature an unlocked multiplier for overclocking.

Next in line is the Core i7-8850H which was spotted in a benchmark database a few days ago. It also sports 6 cores and 12 threads as the Core i9 SKU, but lacks overclocking support. The chip has 9 MB of L3 cache on board, and runs at clock speeds of 2.60GHz base, 4.3GHz boost (one core) and 4.0GHz boost (all cores) clocks.

The lineup also includes two quad-core parts with hyperthreading: the Core i5-8400H and Core i5-8300H. Both feature 8 MB of L3 cache but differ in their clock speeds. The i5-8400H is clocked at 2.5GHz base and boosts up to 4.2GHz on single core, while the other i5 SKU runs slower at 2.30GHz base and 4.0GHz boost on single core. 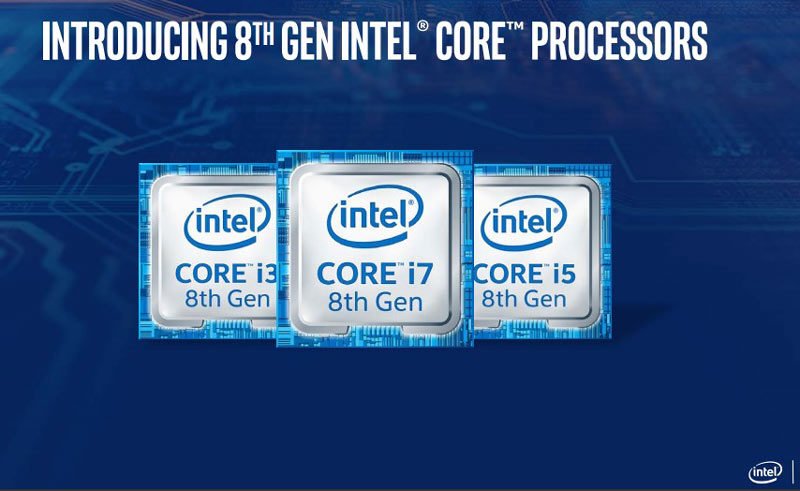 Furthermore, all Coffee Lake-H chips feature Intel UHD 630 Graphics clocked at 1100MHz. The chips are rated at a configurable TDP of 45W, with the Core i9 SKU expected to go up to 65W depending on the notebook’s cooling solution.

Last but not the least, we have two Xeon parts that are destined for mobile workstations. The first one Xeon E-2186M is an exact match spec-wise with the Core i9-8950HK, as it features 6 cores and 12 threads, 12 MB of L3 cache, 2.9GHz base clock with a single core boost of 4.8GHz. The Xeon E-2176M is a similar part but has slightly reduced clocks across the board.

Unfortunately, we don’t have any information yet on the pricing or availability of any of these chips. We expect the launch will happen over the coming weeks, so stay tuned for those details as well.