The Ryzen 5 1600X is the flagship chip which has a list price of $249. It competes head-on with Intel’s Core i5-7600K, offering a disruptive value proposition in the mainstream gaming market.

In terms of overclocking, the air-cooled OC ability of the 1600X appears to be limited which means the chip can’t go beyond the 4.1GHz limit. But what clock speeds could it achieve on LN2 cooling, for example?

Read More: AMD Ryzen held back by Nvidia Driver in Rise of the Tomb Raider under DX12?

Der8auer ran several popular benchmark programs to see what an LN2 1600X was capable of. He recorded a top stable clock speed of 5.9064GHz with 6C/12T enabled which dethrones the Intel Core i7 5820K from its No. 1 spot. 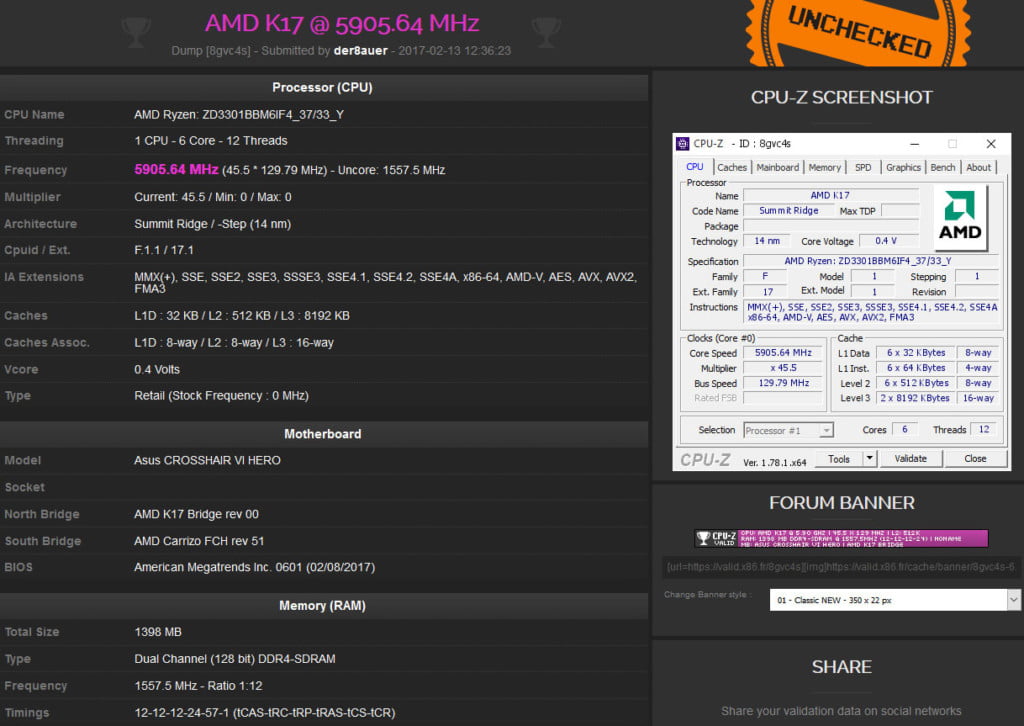 Other scores achieved by the Ryzen 5 have also become new world records for the 6-core CPU performance. Below are the clock speeds at which the processor achieved its record breaking scores in different benchmark tests.