Intel has finally launched their most anticipated 8th Gen G-series processors, featuring the Radeon RX Vega M graphics from AMD. The lineup includes five new Core chips that use two variants of the Vega M GPU. The chips will appear in ultra-thin laptops from Dell and HP, plus new Intel-branded “Hades Canyon” NUCs, with base prices of $799 and $999.

The 8th Gen G-series combines their high performance mobile enthusiast CPU with a powerful discrete GPU from AMD and the latest generation of high-bandwidth memory (HBM2), all in a single chip package. The Santa Clara-based firm says the marriage with AMD’s latest graphics technology should help their Core processor outperform a last-gen Nvidia discrete chip. 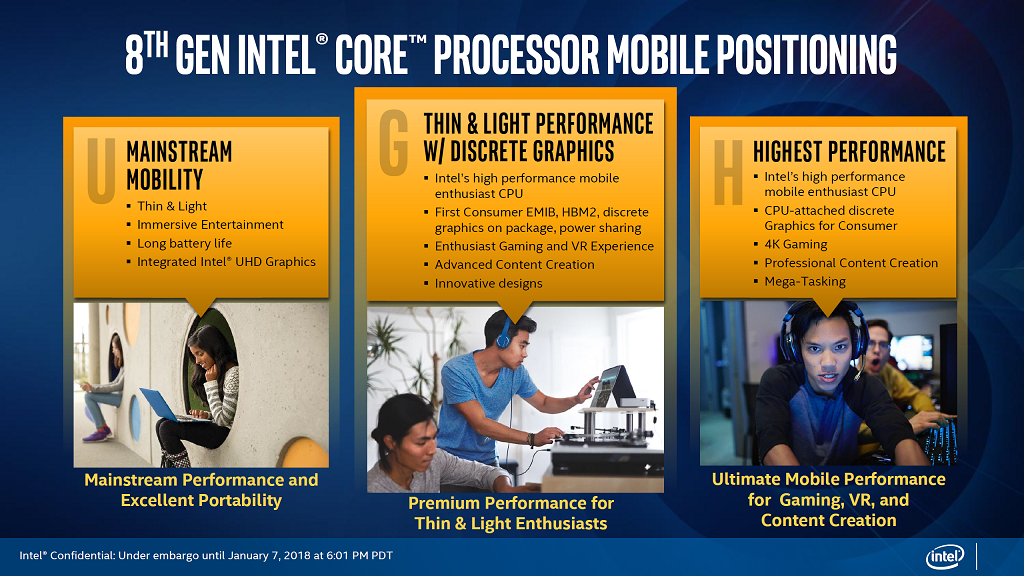 The CPU is connected to the GPU using an 8-lane of PCI Express Gen 3 connect, an architecture designed to provide the necessary throughput to feed “intense” graphics workloads. Further, Intel has joined all of the dies within the package via its Embedded Multi-Die Interconnect Bridge (EMIB). The technology reduces the silicon footprint by 50% compared to using discrete memory, Intel claims.

All the new Core processors feature four cores and eight threads, though previous reports suggest hexa-core parts will arrive later this year too. The chips are based on the same 14nm process as the current Kaby Lake refresh U-series, but the extra power envelope allows for much higher frequencies.

The lineup includes five Kaby Lake-G chips, which are differentiated by their clock speeds, GPU core, and whether or not they have vPro capabilities. All processors feature an 8 MB L3 cache, an on-die Intel HD Graphics 630 clocked at 1100MHz, and support for dual-channel DDR4-2400 memory. 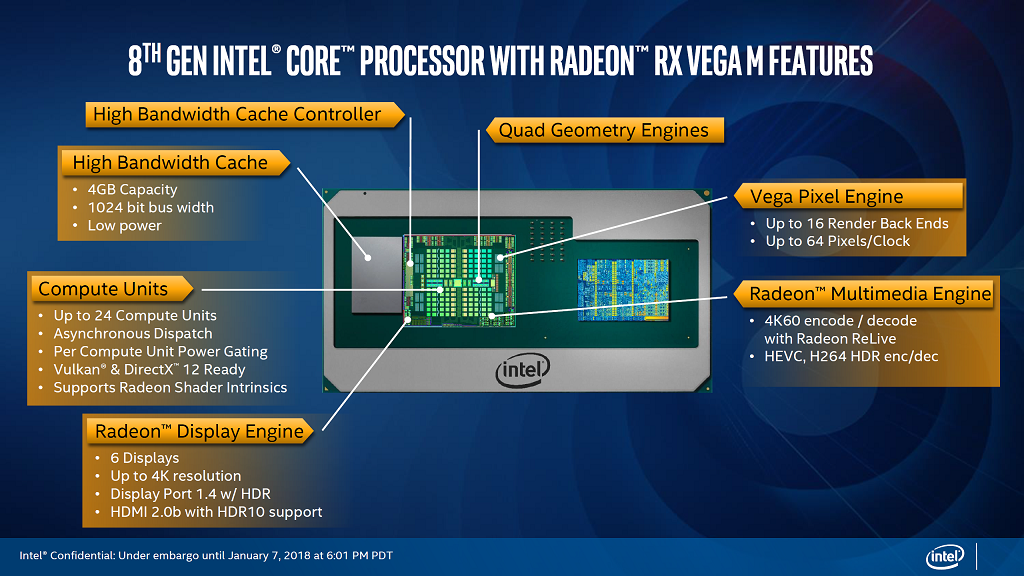 The AMD Radeon RX Vega M GH features 24 compute units for a total of 1536 stream processors, 96 texture units and 64 ROPs. The chip is clocked at a core frequency of 1063MHz that can boost up to 1190MHz. It offers a single precision compute of 3.7 TFLOPs.

Further, the Vega M GH is accompanied by 4GB of HBM2 memory. This operates at 1.6 Gbps across a 1024-bit bus interface, delivering a total bandwidth of 204.8 GB/s.

Like the GH, the RX Vega M GL is also accompanied by 4GB of HBM2 memory, but this operates lower at 1.4 Gbps resulting a total bandwidth of 179.2 GB/s.

The new 8th Gen processor family includes four Core i7 models and a single Core i5 model. The flagship Core i7-8809G, leaked last week, is the only one of the five chips that has fully unlocked CPU, GPU and HBM. 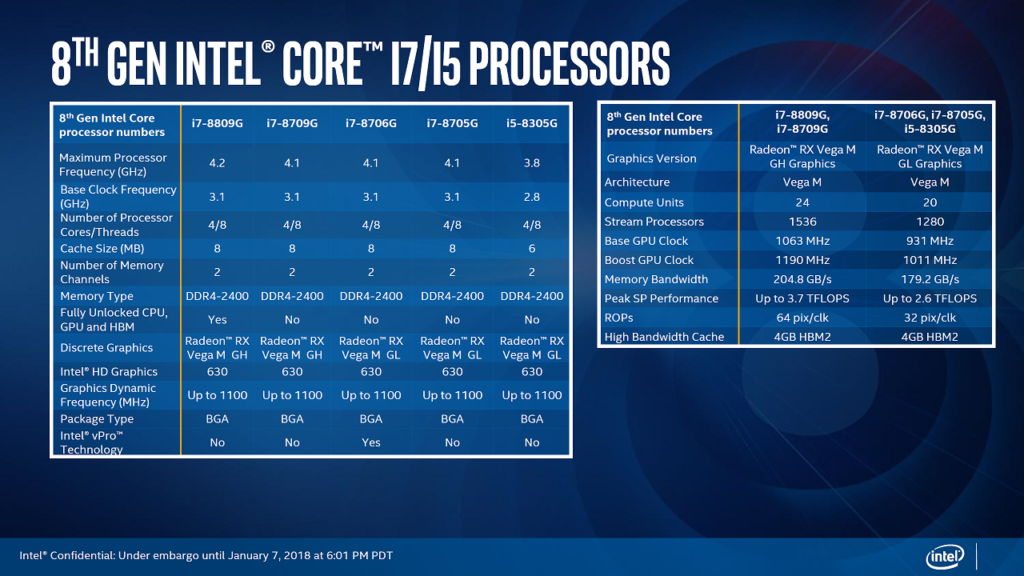 Intel 8th Gen G-series chips promise to bring high, smooth gaming performance to thin and light laptops. From the official benchmarks, the top-end Core i7 looks like a decent 1080p gaming chip, which far exceeds its AMD Ryzen Mobile rivals. You can learn more about the Kaby Lake-G performance here.