So if your Discord overlay isn’t working after pressing Shift + F1, don’t worry because we’ve found some effective fixes to the problem.

How to Fix Discord Overlay Not Working

The Discord overlay not working issue is usually caused by a minor bug and it can be fixed easily. Since every system is different from other, it isn’t necessary that all the fixes may work for you. Simply start with the first solution and work your way down the list until you find the one that does the trick for you.

Solution 1: Make sure the in-game overlay is enabled in Discord

Before you try other fixes, the first thing you should do is to check if you turned on the overlay option for your game. The Discord overlay might not be working because the option isn’t turned on for your game. Here’s how to do it:

Now run your game again to see if the Discord overlay is working. If not, move on to the next fix below.

You may encounter this issue if you didn’t provide administrator privileges to the Discord app to create and display an in-game overlay. Here’s how to run your Discord as administrator:

Hardware Acceleration is a feature in Discord that uses GPU and sound card to make Discord run smoothly. However, this feature sometimes may cause issues with your Discord overlay.

If you turned on the hardware acceleration and the problem occurs, you’d better disable the feature. Here’s how you can do it:

Relaunch your game and check if the Discord overlay works now.

According to some users, their display was not properly scaled and that was causing the problem. Like if your display is scaled to 105% or something else, you must scale it back to 100%.

So you must check the scale of the display as it might be changed and causing the overlay not to show up on the screen. In this case, you just have to scale the display back and everything will work fine. Follow these steps:

If you’re using a third-party antivirus software, it’s possible that it might be interfering with Discord causing your in-game overlay not to work as expected. So you can try disabling the antivirus application temporarily or even exclude Discord from antivirus scanning in case that’s the problem.

You can refer to your antivirus documentation for instructions if you don’t know how to do it.

The Discord overlay not working issue may also arise when there is interruption from other applications running on your PC. Generally, programs with overlay features can interfere with your Discord app. Or sometimes it’s the programs that have access to your microphone that cause the problem. Try disabling those apps temporarily and check if it solves your problem.

If none of the solutions from above help, then reinstalling Discord can do the trick. Here’s how to do it:

Check to see if your in-game overlay is working now.

The fixes presented in this post have worked for many Discord users and hopefully will work for you too. If you have any questions or suggestions, please let us know in the comments below.

What is Discord overlay?
Discord overlay is a feature which enables you to use Discord voice and text channels to communicate with other fellow players. This is done by creating a semi-transparent window that shows on your screen while playing games.

How do I enable Discord overlay?
Please refer to Solution 1.

Why is Discord overlay not working in games?
Discord overlay isn’t going to work with every game out there. Some games actually don’t support this feature. Generally speaking, of course, some of the latest and popular games like Minecraft, Fortnite, Dota 2, CS:GO, WoW, and League of Legends support Discord overlay. Whereas, some old titles and those with Vulkan support are not working with Overlay.

Does Discord overlay work with Destiny 2?
According to Games Overlay 101, Destiny 2 is included in the list of games that are known to have some issues when using the overlay. That means the overlay works as intended, but it’s not always guaranteed. Other “problematic games” in the list include Call of Duty: WWII, Half-Life, Fallout: New Vegas, Arma 3, and more. 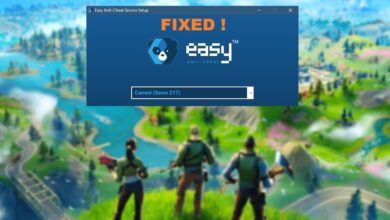 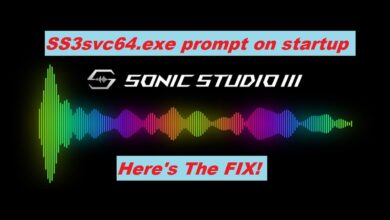 SS3svc64.exe prompt on startup: Here’s what you need to do

November 9, 2020
Follow Us
Trending
Back to top button
Close
Close