Apex Legends was hyped months before its release and thus the gaming community was waiting for it anxiously. However, the freezing issue is causing frustration among the gamers, and sadly, no one is there to solve it.

We visited various gaming forums, especially the EA’s forums and noticed that there were a plethora of complaints by gamers who reported about freezing and crashing of the game. Some of the users are reporting random freezing during the match while others are claiming that they aren’t able to enter the match at all.

Unfortunately, there is no single solution to this problem because there might be many reasons of the game freezing. In this post we’ll help you fix the Apex Legends freezing issue.

Is your computer capable of running Apex Legends?

If you’re launching the game for the first time and facing the freezing issue then it’s likely that the problem is caused by your computer hardware. Apex Legends is an advanced and heavy duty game and to run it, your system must be equipped with high-end specs.

EA itself has stated that Apex Legends is not compatible with PCs that are running on outdated CPUs such as the AMD Phenom line-up and the old Intel processors. So before launching the game, you must make sure that your system meets minimum requirements to run the game.

Though EA doesn’t have a good solution to all the freezing and crashing issues, the fixes suggested below are taken from various forums that have helped the players get over with them. Try the following fixes to get rid of the Apex Legends freezing problem and improve your gaming experience:

If you haven’t updated your graphics card driver for quite a time, this is the right time to do so. AMD and NVIDIA both have latest drivers for their video cards and Apex Legends might work better with them. Updating your GPU driver to the latest one might help resolve the freezing issue too.

On the contrary, if you have recently updated your graphics driver and then suddenly started having issues with the game, then downgrading the driver might help. Though the drivers are designed for running the game, they can cause problems with some of the rigs. Also, if you had updated the driver before launching and playing the game, then going back to the previous version may help run the game smoothly.

If you’re a gaming enthusiast, you must have already updated your graphics card driver to prepare for playing Apex Legends. If you haven’t done that yet, do it now as it will help avoid the freezing issue.

Next, disable any type of V-Sync that you’re using with your PC. This is because the game Apex Legends has its own vertical sync which might collide with any other sync options. According to some gamers, there has been a significant difference in the gameplay after disabling G-Sync and FreeSync options.

Reducing or disabling overclocking has proven to be helpful for many gamers. You might have increased the clock frequency of your CPU so as to make it run faster and improve your game performance. But often times, the CPU reaches over 90% utilization that leads to game freezing and other performance issues.

So if you ever overclock your CPU and then your Apex Legends starts freezing, you should set your CPU clock speeds back to the default.

4. Check how old the processor is

As mentioned earlier, EA stated that Apex Legends can’t run on AMD Phenom processors no matter how powerful they are. Therefore, you must also check the age of your processor because if it’s too old, it will cause freezing and crashing issues in the game.

Some Apex Legends players reported freezing issues with the AMD FX-6000 processors. According to some users, there were only small glitches while others said that the game froze all of a sudden.

As for the fix, the players said that making small changes such as playing in the Windows mode solved the issue. While others stated that the issue was fixed when they disabled two out of the six processor cores through BIOS. However, disabling the processor cores is not recommended as it can cause various software issues and slow down the PC performance too.

The game files can become corrupted for any reason and you must repair them for your game to run smoothly. This is because it gets harder for the PC to run the game with broken or corrupt files and thus the game freezes. Follow these steps to repair the broken files:

Sometimes the Origin overlay that displays on the FPS counter can also affect the gaming performance. Disabling Origin’s FPS overlay can solve the problem for some gamers. Follow these steps to do it:

7. Reinstall the game or Origin

If you’re frequently facing the freezing or crashing issues in the game, just repairing the broken or corrupt files won’t do the job. In such a scenario, we recommend reinstalling Origin and then Apex Legends to see if it fixes the problem for you.

According to some players, the Windows Firewall doesn’t allow Apex Legends and Origin through by default. In this case, you’ll have to do it manually and then check the performance of the game. Setting exceptions for Origin and Apex Legends can solve the freezing issue for you.

Though EA took a hell lot of time to create the game and the hype both, Apex Legends can’t be considered as a perfect game. However, we must agree that bugs and glitches exist in every game and such issues can’t be solved overnight no matter how advanced the developers are.

We hope that the fixes in the post work for you or at least reduce your gaming issues to minimum. If these fixes don’t help, best is to wait for the developers to come out with a good solution to the Apex Legends freezing problem. 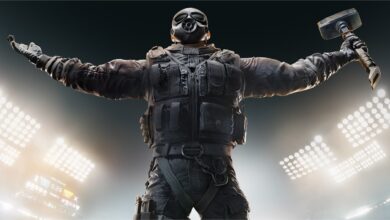 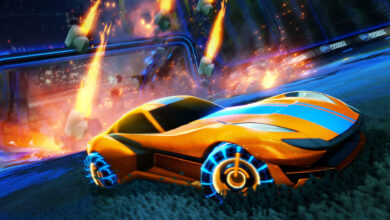 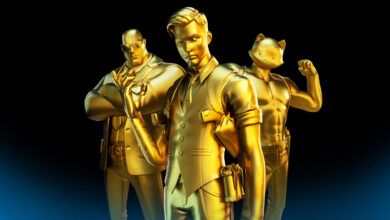 July 5, 2020
Follow Us
Trending
Back to top button
Close
Close