It seems like Intel is going to stick to its guns and adopt the 10000-series branding for its upcoming processors. The first 10th-gen desktop models could be based on the Intel Comet Lake suspected to launch in mid-2020. For mobile parts, Intel has already stated that Ice Lake will be ready for launch before the end of 2019.

The noted hardware leaker Tum_Apisak spotted the Intel Core i5-10210U entry within the 3DMark database. From the looks of it, the i5-10210U is a quad-core mobile processor with HyperThreading allowing for eight threads. The chip runs at 2.1GHz base and 3.8GHz boost clock. Other features have not been revealed.

As you can see, these SKUs include the letter ‘G’, which may indicate an upgrade in terms of graphics. Assuming they are real, these processors will be the first to move to the Intel 10nm process, thus featuring greater numbers of EUs (Execution Units) within each chip.

Intel Ice Lake processors will be the first to utilize the 10nm Sunny Cove microarchitecture, fitted with Gen11 graphics. These chips will sport 64 EUs, and are set to arrive before the end of the year.

The above information is in line with previous leaked roadmaps suggesting that Intel will utilize multiple processes within a single generation. Intel 10th Gen will likely comprise of low-power mobile processors based on the 10nm process alongside 14nm mobile and desktop chips. 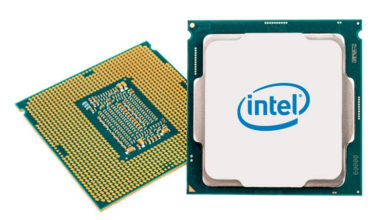