AMD has, for the first time, reacted to the controversial 9th-gen Intel benchmarks released by Principled Technologies (PT) last week. As expected, team red is not happy with the benchmark data and questioned the biased test setup in comparing the Core i9-9900K and Ryzen 7 2700X.

In its response, AMD has published a long list of issues that persist not only with the original PT testing but also with the revised one. According to the chip maker, PT tested the 2700X with half of its cores effectively disabled, as well as crippled its memory controller with sub-optimal configurations. 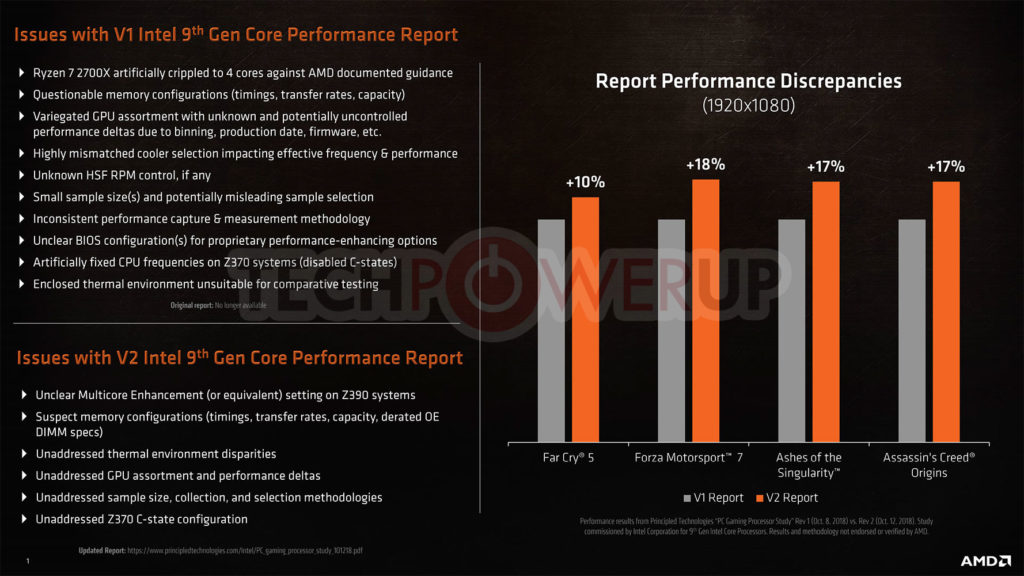 There are other flaws as well with these 9th-gen Intel benchmarks, and PT has already admitted to most of them as it re-tested both AMD and Intel chips with improved testing methodology. The new benchmark data narrowed the performance gap between the i9-9900K and 2700X to just 12% on average, down from a whopping 50% in the original test.

AMD, however, points to a few areas where it thinks PT did not correct the mistakes even in the second version of test. For instance, memory configurations (timings, transfer rates, capacity, DIMM specs, etc) are still not optimized. Once done, the performance gap between the two rival chips could narrow further to single-digit percentages. 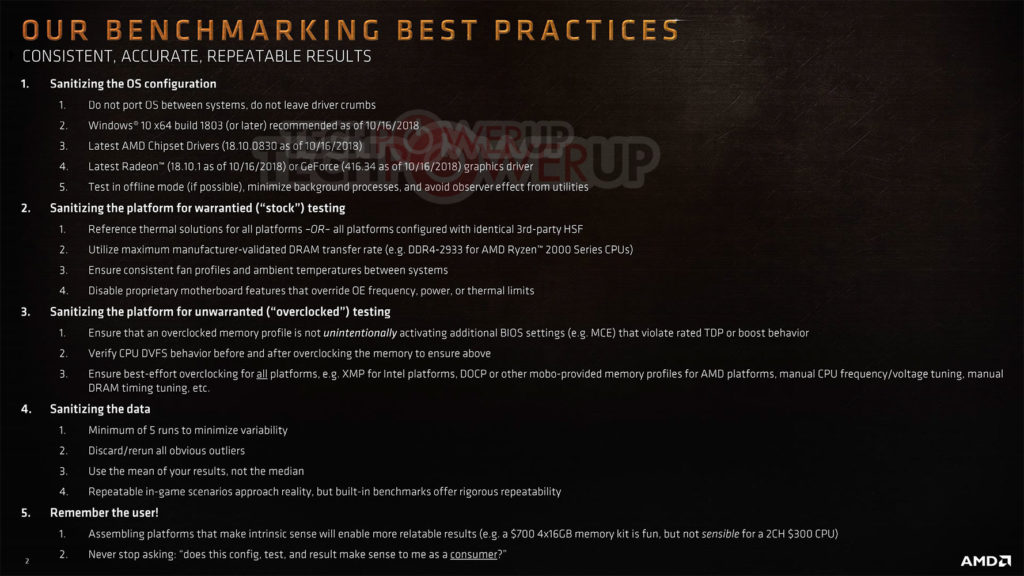 In fact, AMD moves a step ahead and lists its own “best practices” for comparative benchmarking. The company prescribes sanitizing a number of aspects of the test setup, including the OS, and the platform for stock versus overclocked testing. It also recommends to make results more relatable by creating a connect between the test environment and the real-world.

With that said, AMD could eventually be able to take the gaming crown from Intel’s i9-9900K next spring. According to a little hint dropped by Bits and Chips, the next generation Zen 2 CPUs will feature a 13% IPC boost over the current Zen+ 2000-series CPUs. With the move from 12nm down to 7nm, the new Ryzen chips should also see a bit of an increase in the overall clock speeds, too.