AMD have unveiled the recently rumored Radeon RX 500X series graphics cards, and they aren’t what we were expecting them to be. The new graphics card family is simply rebranded RX 500 series for OEMs, based on the same Polaris architecture from last year.

It was only a couple of days ago that some placeholder titles for AMD RX 500X series graphics cards were spotted on their main website. The pages were blank, but based on the ‘X’ suffix, we assumed the upcoming lineup will be a high-performance Polaris refresh, probably built on the smaller 12nm process node.

Unfortunately, that didn’t happen, and all AMD have to offer are the same 500 series graphics cards that launched last year, but in a new OEM flavour for pre-built PCs and mobility platforms. The AMD RX 500X series includes a total of six graphics cards that are listed below: 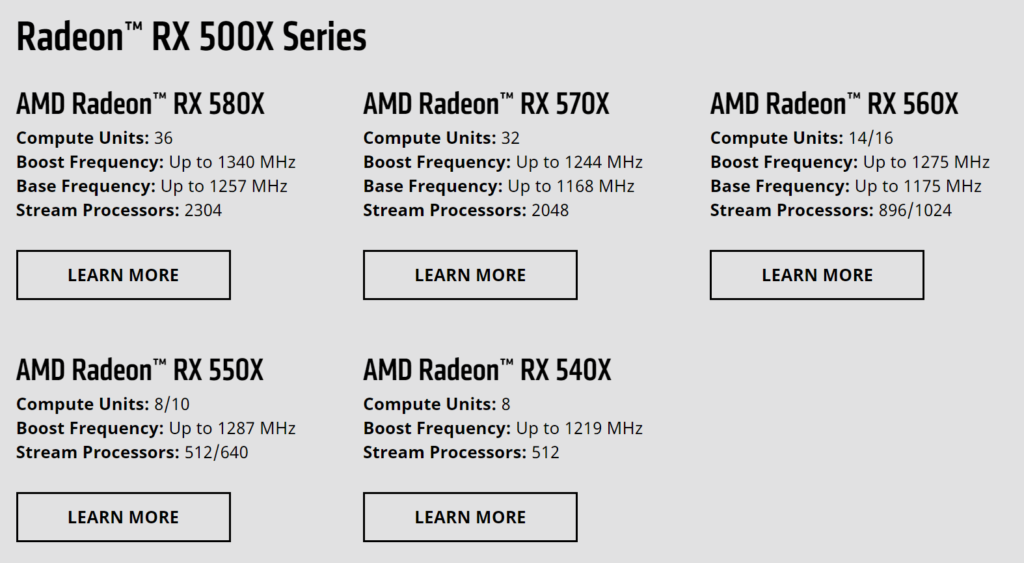 It seems that AMD’s OEM partners have requested to rebrand the current Polaris GPUs so to give them a new branding scheme. Otherwise, the 500X lineup brings nothing new to the table, be it the process, quantity of Compute Units (CUs), or clock speeds. You can expect to see these rebranded graphics chips next week alongside AMD’s new Ryzen 2 processors.

According to the AMD 2018 graphics roadmap, the 7nm Vega GPU is the next in line to launch this year. However, if a recent report is to be believed, it may never make it into the gaming graphics cards. Let’s hope the report doesn’t turn out to be true else you’ll have to wait until the Navi architecture launches in 2019.