Following the pre-CES unveil, AMD has now listed more details about the Ryzen Raven Ridge desktop APUs on its site. According to the specifications, the next generations processors support DDR4-2933, which is a nice upgrade over the Ryzen family’s typical DDR4-2667 support.

The Raven Ridge APUs feature the Zen CPU architecture paired with the Radeon Vega graphics. The processors use the Infinity Fabric to connect the single four-core CCX (Core Complex) and Vega graphics cores. Since the frequency of the Infinity Fabric improves with an increase in the memory frequency, Raven Ridge’s support for faster memory should also lead to higher performance in gaming. 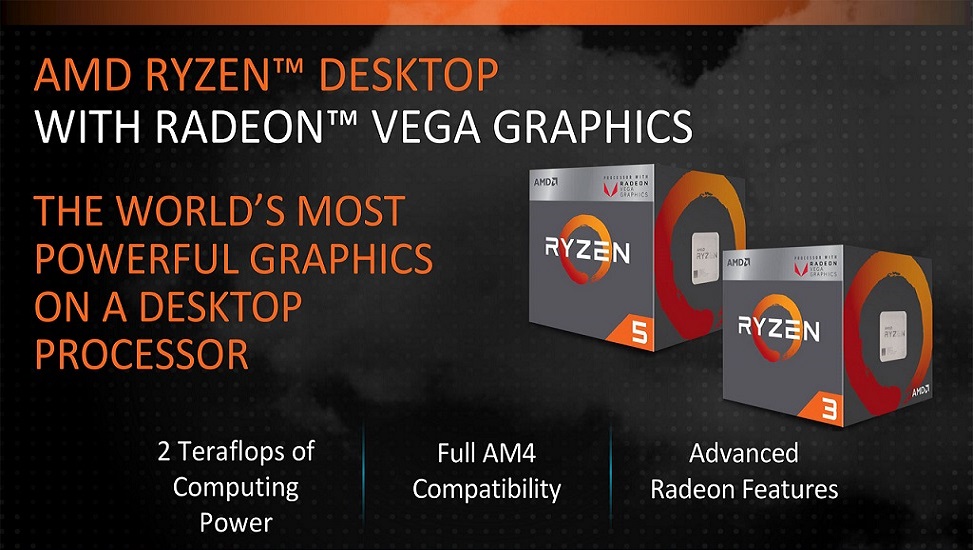 Both processors feature a 6MB of L3 cache, with a default 65W TDP ceiling. They come with an official support for DDR4-2933 in dual channel operation. The board partners will of course expand to this by way of a BIOS update on existing socket AM4 motherboards.

At launch, AMD Ryzen supported DDR4-2667 as the fastest memory speed and that is only for single rank modules; for dual rank, you don’t have to exceed 2400MHz. Higher frequency RAMs caused boot-up and other compatibility problems. Later however, AMD released a microcode update to expand memory support.

AMD is currently in process of preparing its AM4 platform for the new Raven Ridge APUs and Ryzen 2000 series CPUs. Over time, you can expect to see these products supporting even faster memory speeds than the official specs, especially with the new X470 chipset motherboards on the way.

AMD also provided us with Raven Ridge gaming performance during their CES keynote. The benchmark results are impressive againt the rival Intel Core i5 and Core i3 chips, but as always, we recommend that you wait until third-party reviews are out. The official launch is scheduled for February 12.