Intel have released the benchmark results showing the performance hit for Spectre and Meltdown patches on its affected processors. The company tested various CPUs from their last three processor generations and as per the results, the sixth-gen Skylake CPUs take the biggest hit from these initial patches issued to mitigate vulnerabilities.

Intel benchmarks show the fix does hurt the performance, but not too much especially if you’re on a modern chip. Skylake CPUs are affected the most, especially in system responsiveness tests where they experience up to 21% performance deficit from an unpatched system. Overall, they suffer an 8% drop in SYSmark, a 4% drop in PCMark 10, and a 1% increase in 3DMark Sky Diver, with the margin of error is stated at +/- 3 percent.

The effect is minimal for seventh and eighth generation chips. For Intel’s Coffee Lake flagship, the Core i7-8700K, SYSmark saw a 6% loss in performance, PCMark 10 a 4% decrease, and no change in 3DMark Sky Driver. 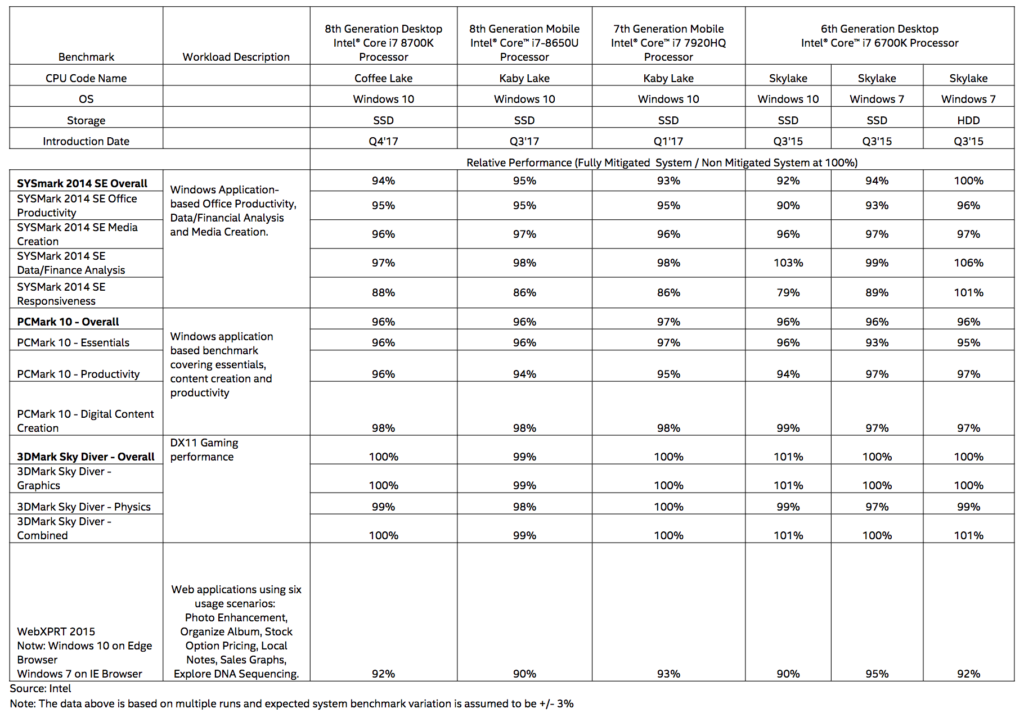 The good news for us, the gaming performance seems mostly unaffected, no matter which processor generation was used, according to Intel’s results. That may not necessarily be true for older setups though, but we don’t have any performance numbers on the matter for direct comparison.

Microsoft did perform their own testing, revealing most users will notice a decrease in performance on older silicon, including Haswell or previous-gen CPUs. Redmond also notes that Windows versions before 10 take a bigger hit by exploit patches due to their higher dependence on user-kernal transitions.

That being said, Intel has promised to patch 90% of their CPUs introduced in the past five years by January 15. In addition, the company has pledged to fund further ongoing security research, as well as share any potential side-channel attack breakthroughs they may have.

AMD has confirmed that it’s also in process of releasing similar mitigations for its Ryzen processors. The OS patches will come alongside an optional microcode update for all Ryzen and EPYC processors to reduce the threat of variant two attacks. Older products will receive patches shortly thereafter.

Team red also reiterated that their CPU architectures are immune to variant three Meltdown flaws, and that their Radeon GPUs do not use speculative execution entirely so they are under no security threat whatsoever. 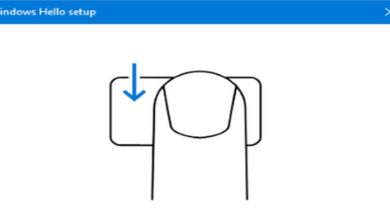 April 29, 2019
Follow Us
Trending
Back to top button
Close
Close