The PC market has been on the decline for a decade now. As mobile devices increase in popularity, shipments of traditional PCs continue to plummet every quarter. That said, for the first time since 2011, the PC market has reportedly grown during the fourth quarter of 2017 despite predictions of yet another drop.

PC Market on The Road to Recovery

According to a report from analyst firm IDC, the 4Q17 brought 70.6 million PC shipments, recording a slight 0.7% year-on-year growth. HP was the top company that shipped more than 16.5 million units and captured 23.5% of the market.

Lenovo held the second position in 4Q17, shipping 15.7 million units for a 22.2% share. Next in line was Dell Inc. that managed to capture a 15.7% share. Apple was the number 4 company with 8.2% share and 5.7 million units shipped, although it probably earned a lot more profit from each of those devices. Acer and ASUS had a tie for the fifth position, with each capturing a 6.4% share. 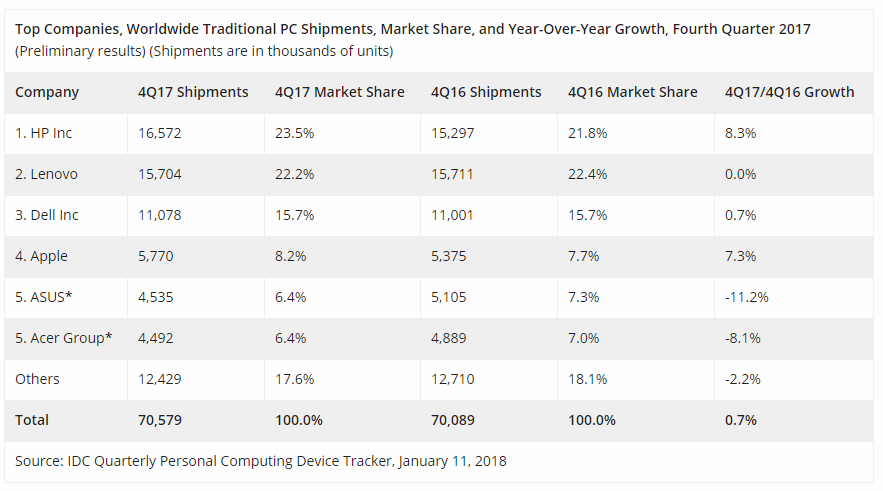 For several years, analysts have been expecting the PC market to stabilize, but they didn’t see it happening in 2017. IDC forcasted PC shipments to drop another 1.7% in the fourth quarter, but instead there was a small increase. The firm believes this could be a positive sign that PC sales have finally started to recover after declining for years.

Smartphones and tablets have seen an immense growth over the past few years, though the latter has now started to slide as well. That is because for a lot of people, smartphone is the only computing device they need. Still, there will always be certain tasks that only a PC can handle, and this increase in sales—even though small—is an indication that consumers understand this. 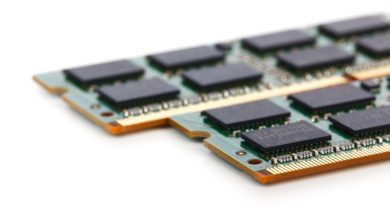 RAM Prices set to Drop in 2019 Thanks to Oversupply 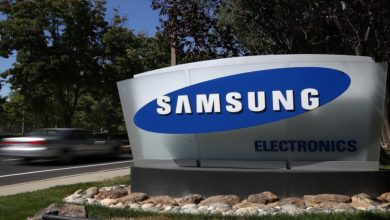 Samsung Graphics Card in works to launch in Q3 2019: JPR

July 28, 2018
Follow Us
Trending
Back to top button
Close
Close