The long awaited Ryzen desktop APUs have finally been unveiled, alongside Ryzen 3 Mobile variants. The new APUs from AMD fare pretty well against the rival Intel chips; in fact, they deliver more than double the performance in gaming benchmarks thanks to powerful Vega integrated graphics.

AMD has officially announced their Ryzen desktop APUs, previously codenamed Raven Ridge, and they look pretty incredible for the price. So far, they have only announced two variants: the Ryzen 5 2400G and Ryzen 3 2200G.

Further, the Vega 11 GPU is clocked at 1250MHz versus the 1100MHz for Vega 8 of Ryzen 3. Luckily, both are shipped unlocked so they can be overclocked. The Vega integrated chip is said to overclock beyond 1500-1600 MHz with ease, which is definitely an impressive feat.

AMD has also provided us with a few gaming benchmarks. But, keep in mind that they are only coming from the company so they almost certainly represent the best case scenario. 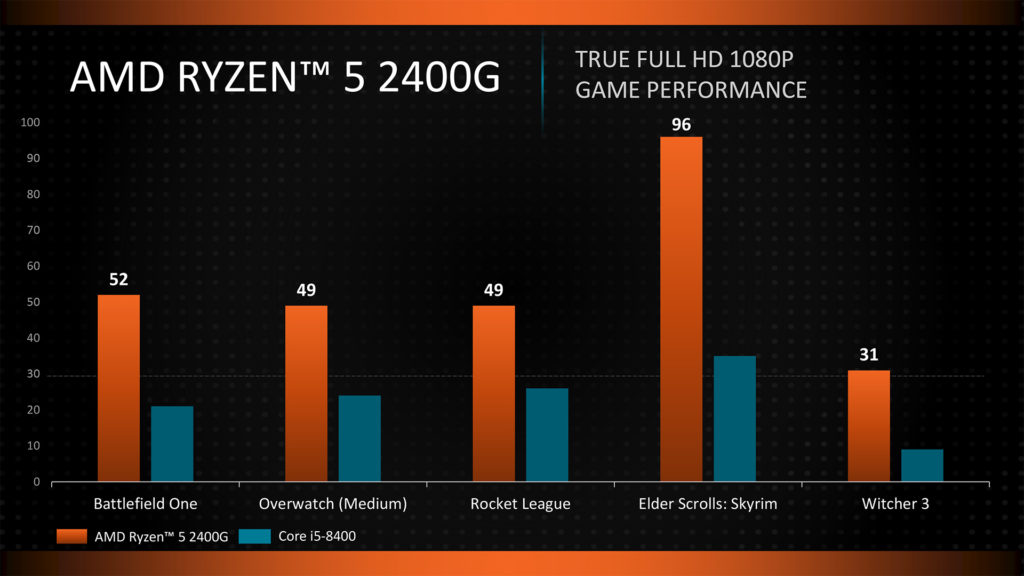 As you can see, they are pitting Ryzen 5 2400G up against the Core i5-8400 Coffee Lake featuring Intel’s UHD 630 Graphics. Unsurprisingly, the 2400G’s Vega 11 handily beats Intel integrated solution by nearly double every time and up to three times in Witcher 3 for 1080p performance. 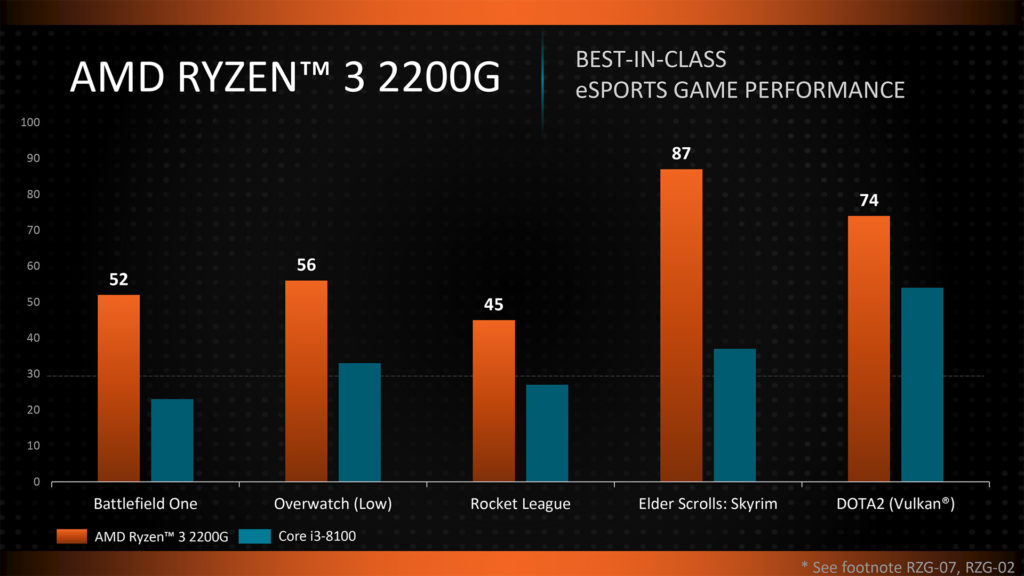 Same is the case when we compare the Ryzen 3 2200G with the Core i3-8100 in eSports game performance. 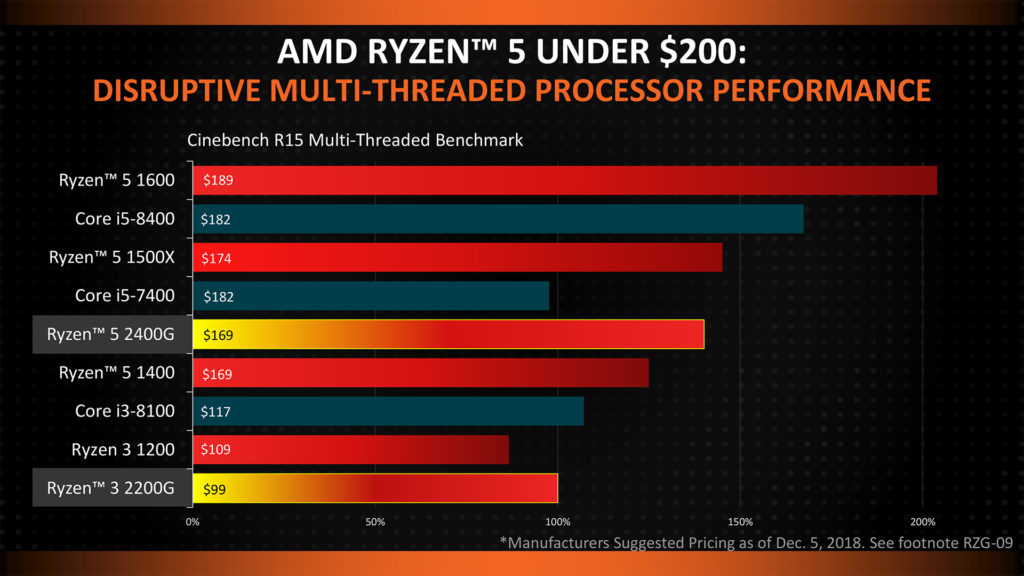 When it comes to CPU performance, AMD opted to compare price to performance which makes sense considering the i5-8400 almost certainly beats in the multi-threaded workloads given its clocks.

With that said, these Ryzen desktop APUs are definitely a fantastic bargain for an HTPC that can handle eSports games at decent frame rates. The Ryzen 5 2400G comes in at $169, with the Ryzen 3 2200G beating the $100 mark at just $99. The official launch date for these APUs is February 12.

Apart from Ryzen desktop APUs, AMD has also announced their upcoming Ryzen 3 Mobile chips. For those who don’t know, AMD Ryzen 5 and 7 Mobile variants have already made their way to the market, but we haven’t heard anything on Ryzen 3 until now.

There are two Ryzen 3 mobile variants: the Ryzen 3 2300U and Ryzen 3 2200U. Given these are U variants, they are designed as low power processors made for ultrathin and 2-in-1 laptops.

Both of the mobile APUs are expected to make their way onto laptops and notebooks in Q1 of this year. Are you excited to get your hands on an inexpensive Ryzen 3 powered laptop? Let us know in the comments below.