Xbox One X has been on the market for five days now, and we have seen a number of of game graphics analyses. These analyses clearly show that even though the One X GPU is “40% more Powerful than any other console,” it is capable of delivering resolutions twice as high as the PS4 PS4 Pro.

Xbox One X vs PS4 Pro Graphics: Up to 100% Higher Resolution

Xbox One X specifications have been known for a few months as Eurogamer’s Digital Foundry released the official information from Microsoft back in April. Now specs show the One X to be around 40% more powerful than the PlayStation 4 Pro, at least in terms of graphics. So you would expect the new console to deliver between 40% to 50% more pixels on the screen, but it seems like it over-delivers on the promise.

If you watch Digital Foundry’s recent analyses of a couple of games then you will come to know that the Redmond’s new gaming machine is actually more powerful than the specs portray it to be. From what we have seen so far, there is a clear indication that the Xbox One X can deliver up to 100% higher resolutions than PS4 Pro.

READ ALSO: Xbox One X Black Screen Issues reported, What should you do?

Let’s move to performance numbers. Starting with Assassin’s Creed Origins, the game uses dynamic resolution scaling on both consoles. On PS4 Pro, Origins runs at resolutions between 1700p and 1350p, whereas Xbox One X averages between 2160p (full 4K) and 1650p. That means you get roughly 44% to 96% better resolution on the One X.

Next up we have Wolfenstein 2. The game runs at 1440p on PS4 Pro, although it is still using the dynamic scaling as it does on Xbox One X as well. The difference is the Xbox One X version is 2160p, which is a 100% resolution boost, or in other words, twice as many pixels on the screen as Pro has to offer.

There you have it. Now the question is: how does Xbox One X manage to offer 100% more pixels on the screen while featuring a 40% more powerful GPU than the PS4 Pro?

It all comes down to Optimizations

If you remember, Microsoft previously talked about a great deal of customized work it had done to the processor of their mid-generation console. In terms of CPU, there doesn’t seem to be a huge difference as the One X offers only 10% higher clock speeds compared to the PS4 Pro. The main advantage actually comes in the GPU department.

Apparently, the Xbox One X GPU is well-optimized for the software. The Redmond giant worked with developers to build hardware around the software. They looked at their graphics engine pipeline and tried to get rid of any bottlenecks they could find. Of course, they didn’t eliminate all of them, but it seems like it did work for them.

Xbox One X is clearly capable of delivering much higher resolution, and remember these are the very first patches for the console. The developers haven’t yet got their hands properly on the hardware development kit so you can only expect the performance to go up from here.

Also, don’t forget about the 4K textures. Xbox One X offers a lot more memory bandwidth—around 50% more compared to the rival console—and that may also be a factor behind its higher resolutions.

It will be interesting to see how One X deals with other games in that regard. There are tons of game analyses coming in the next few weeks so stay tuned to DigiWorthy for more updates!

(This article is taken from a video posted by MaDz Gaming YouTube channel.) 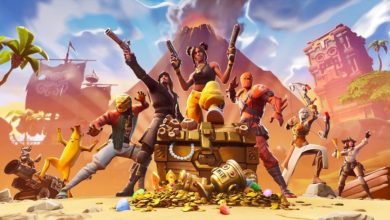 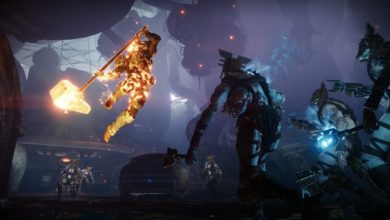