Rumors have been swirling around for months that Nvidia’s next generation Volta gaming GPUs might arrive before the end of this year. Finally, we have an update from the company CEO Jensen Huang who has shut down all such rumors once and for all.

The first Volta based GPUs are already out. Those are professional GV100 chips that are found in Nvidia’s Tesla V100 accelerator. The chips are, however, hyper-expensive, and not the sorts of graphics silicon that will likely power your gaming rigs.

Nvidia Volta is built using the 12nm FF process and offers a significant increase in performance over the current Pascal GPU. The Tesla V100 itself is a compute powerhouse with 5376 FP32 cores—much more than any of its predecessors. While Volta for gaming will not be as bulked up as V100, it is still expected to pack a punch. 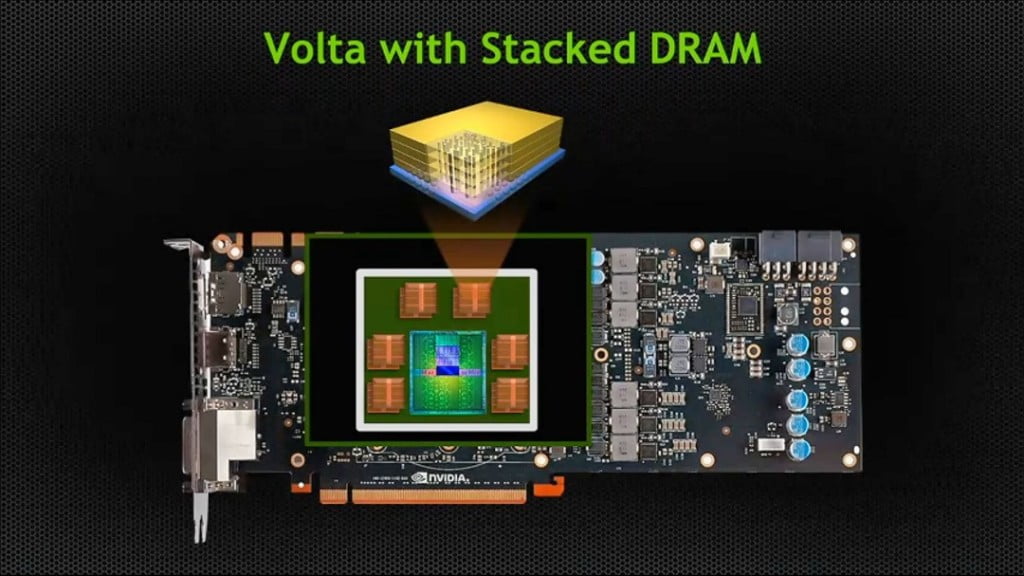 According to Huang, Volta gaming GPUs are in the works but enthusiasts shouldn’t expect to get their hands on them anytime soon. He believes Pascal is still powerful enough to beat the competition.

Volta for gaming, we haven’t announced anything. And all I can say is that our pipeline is filled with some exciting new toys for the gamers, and we have some really exciting new technology to offer them in the pipeline. But for the holiday season for the foreseeable future, I think Pascal is just unbeatable.

It’s just the best thing out there. And everybody who’s looking forward to playing Call of Duty or Destiny 2, if they don’t already have one, should run out and get themselves a Pascal.

In other words, Huang is saying that AMD’s latest RX Vega isn’t a threat to Pascal, so there’s no need to push forward the launch of Volta architecture.

Is Nvidia boss right about Pascal leading the graphics race? Disappointing as that might be, he is—at least according to the initial reviews of RX Vega 64 and Vega 56 graphics cards.

The benchmarks show that the high-end RX Vega 64 is just a hair faster than the GeForce GTX 1080, and that is in select gaming titles. The flagship GTX 1080 Ti is way ahead of the competition.

Moreover, Volta requires a lot of power consumption to reach the GTX 1080 level of performance. While gaming, the Vega 64 draws an average of 480W compared to 370W on the GTX 1080.

Pascal’s domination apart, Nvidia’s official reasoning for not launching Volta for gaming in the near future is cost. As said above, the Volta GV100 GPU is quite expensive to design. The manufacturing cost could be “several hundred dollars to close to $1,000,” estimates Huang—which is, of course, unrealistic for any consumer chip.

What the gamers are waiting for are more affordable GV102 and GV104 solutions. But I don’t think these Volta based GPUs will be here until next spring.