The RX Vega benchmarks have leaked out ahead of the official launch tomorrow. The benchmarks come from Chiphell forums (via Reddit) showing the aggregate gaming performance of AMD’s RX Vega 64 and RX Vega 56 graphics cards.

There is no mention of how many and which games were used for the test. We also don’t know other details of the test such the driver revisions, but I will assume they tested Vega with the latest drivers that are available to reviewers.

That being said, let’s jump into the RX Vega benchmarks. Keep in mind that the comparison chart shows performance of the reference cards and not the custom variants from AIB partners.

READ ALSO: Only The Top-5% of Zen Dies are used to make Ryzen Threadripper 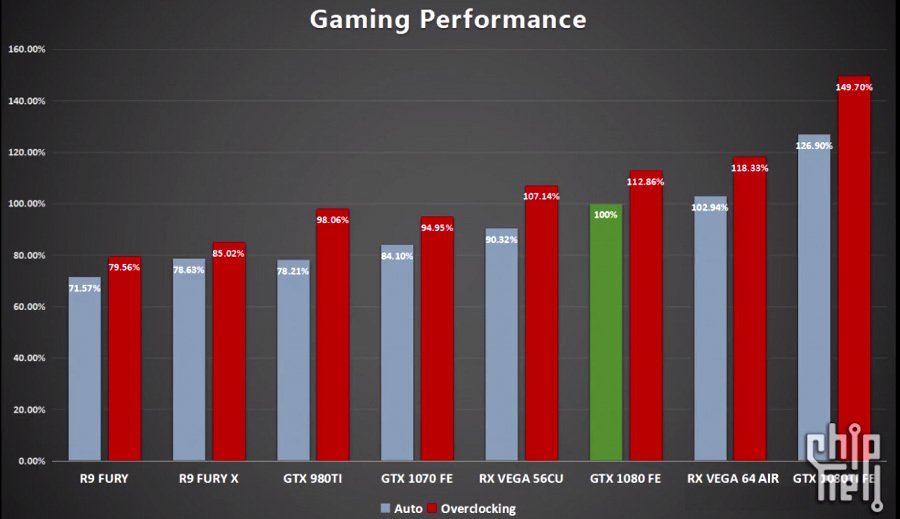 The AMD Vega 64 Air, on the other hand, is 3% faster than the GTX 1080. That is also a good news, but bearing in mind the price difference between the Vega 64 and 56, the increase in performance seems to be smaller than you might imagine.

When overclocked, the RX Vega 56 jumps from 90% to 107% in performance beating the GTX 1080. The results would obviously depend on the game being being tested, but on average, the AMD card appears to be 7% faster than a stock GTX 1080.

In OC mode, the GTX 1080 beats the Vega 56 as expected, but it remains 5% slower than the Vega 64 Air. Since the liquid cooled variant of the Vega 64 will naturally have higher clocks, you can expect it to be further ahead and may even reach the performance level of the GTX 1080 Ti.

Both RX Vega 64 and 56 cards should be out soon. We’ll update you when more performance benchmarks go online. Meanwhile, here’s an overview of AMD’s new cards. 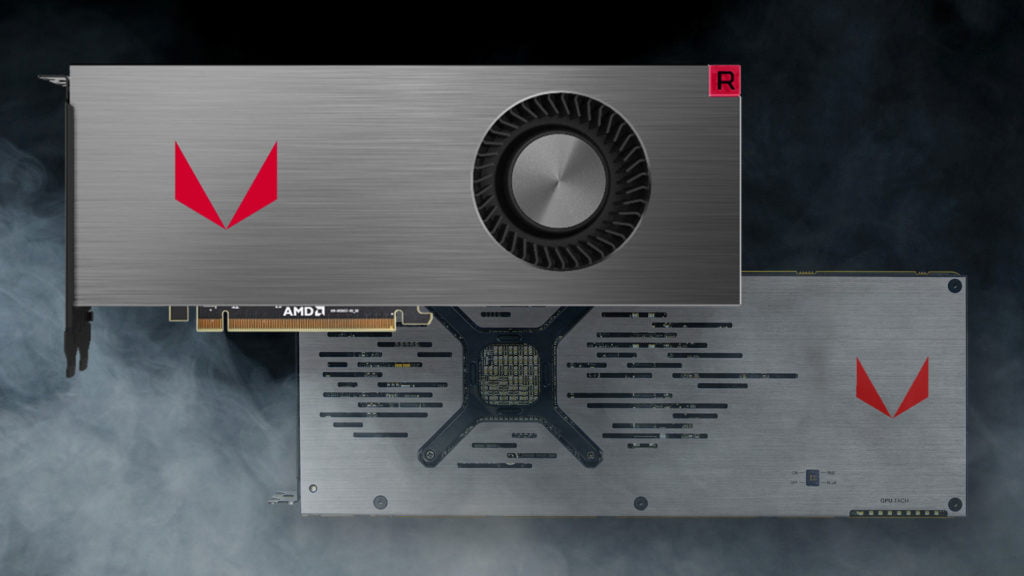 The Liquid Cooled Edition has higher clock speeds at 1406MHz base and 1677MHz boost clock. The floating point performance also increases up to 13.7 TFLOPS. Furthermore, the card will also require a beefy power supply of 345W. The RX Vega 64 Liquid retails for $699.

The RX Vega 56 comes with an 8GB of HBM2 VRAM which will deliver a rated bandwidth of 410 GB/s across a 2048-bit bus interface. The card features a total compute performance of 10.5 TFLOPs. It is rated at a TDP of 210W with power provided through an 8 and 6 pin connectors.