Intel has denied rumors saying it is licensing AMD graphics technology to use inside its processors.

The rumors originated from a tech site Fudzilla, who stated that an AMD-Intel deal was confirmed, citing unknown sources. In response to this rumor which spread amongst many other tech sites on Tuesday, AMD shares increased by 12%.

Many traders were expecting the company to make an official announcement about the deal at their Financial Analyst Day. AMD announced a lot of things at the event yesterday, but failed to disclose any such deal.

On top of that, an Intel spokesperson confirmed in a statement to Tech Trader Daily: “The recent rumors that Intel has licensed AMD’s graphics technology are untrue.”

This caused AMD’s stock prices to fall once again yesterday, reversing a 12% climb on the Fudzilla rumor.

However, this is not the first time we’re hearing rumors surrounding a graphics licensing deal between Intel and AMD. Back to December last year, Kyle Bennett, editor at HardOCP, reported that Intel could license AMD Radeon intellectual property to be used as integrated GPUs on its future processors. 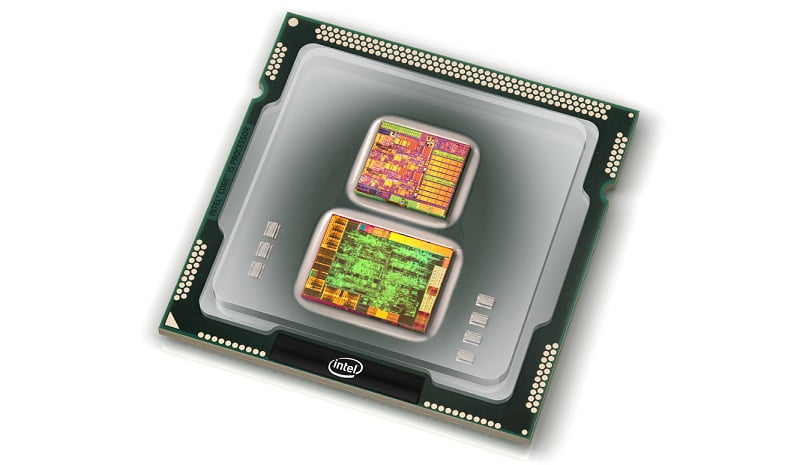 In February, the same source claimed the first product of Intel-AMD collaboration would be out sometime in 2017. Reports suggested that the product could be a multi-chip module (MCM) featuring Kaby Lake chip with AMD graphics.

But, these have always been rumors as we never heard anything official from either of the companies.

For a brief background, Chipzilla settled suits with Nvidia in 2011. It agreed to pay the graphics giant a total of $1.5 billion in licensing fees over the next six years so that it could freely build graphics cores without getting sued.

With the licensing deal winding down, Intel is currently in need of a patent protection in order continue developing graphics cores. Many analysts believe the Santa Clara based company will ink a deal with AMD to use the Radeon graphics inside of its CPUs.

But for now, Intel has made it clear that it has not struck any such deal with AMD. The company didn’t provide any further detail on whether it has plans to license technology from AMD in future.