After months of speculation, AMD has finally confirmed the Ryzen release date. During the company’s fourth-quarter earnings call on Tuesday, CEO Lisa Su said that their much-anticipated Ryzen CPU will launch in March “with widespread system availability from day one.”

Su also revealed that Ryzen will be followed by the Vega GPU which will start shipping during the second quarter of 2017 along with Naples Zen server. In the second half of the year, the company plans to launch Raven Ridge which is a Zen-based APU primarily designed for notebooks.

The announcement seemingly backs up an earlier slip-up in the annual GDC session listing which revealed that the Ryzen CPU is scheduled to launch before March 3. Su didn’t confirm the exact date of the Ryzen reveal, however.

AMD believes Ryzen will mark the company’s comeback in the high performance desktop sector, with its subsequent Naples chip helping the Zen architecture to target the higher-margin server business. 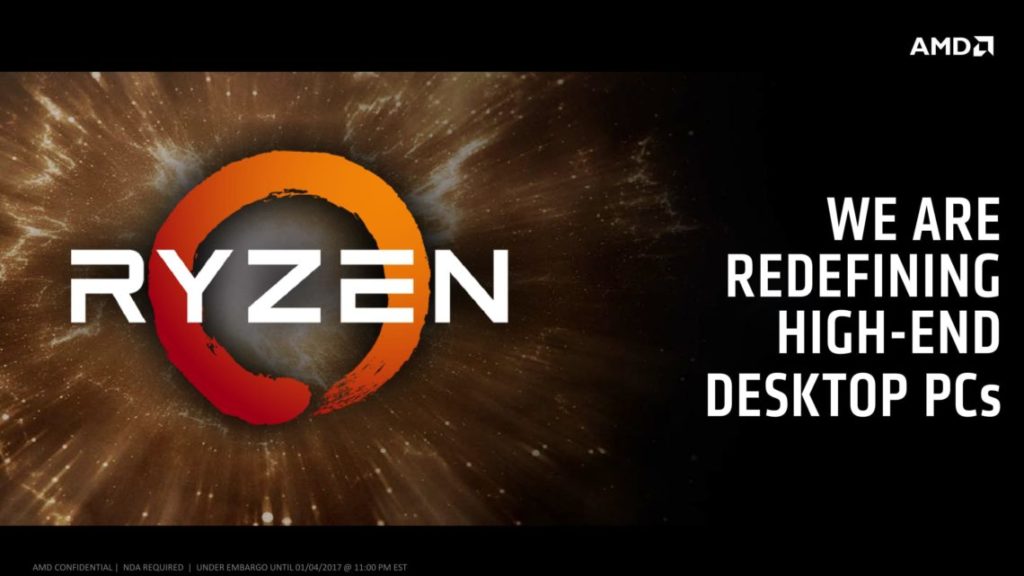 In addition to revealing the release date, Su confirmed that AMD already has plans for successors to Ryzen, referring to a “Zen 2” and a “Zen 3.” She also ensured hardware partners that the firm has a long-term strategy to counter Intel as they are developing with 7nm process technology in mind.

“Our top customers—they are investing in our roadmap, they are not just investing in a point product,” Su said.

AMD Ryzen CPU: What we know so far

AMD will sell its Ryzen-branded “Summit Ridge” family of processors in three distinct tiers: SR7, SR5 and SR3 – just like Intel’s Core i7, i5 and i3 product lines. SR7 could designate the top-of-the-line eight cores and SMT (multi-threading), which supports up to 16 threads.

These are the same Ryzen chips we’ve seen in previous AMD demos and so many leaks. At CES 2017, AMD showcased an engineering sample of the chip running at 3.6GHz base and 3.9GHz turbo frequency – though the retail version is said to be clocked at a slightly higher 4.0GHz frequency. The 8C/16T Ryzen CPUs will rival Intel’s Core i7 processors.

The entry-level SR3 indicates quad-core with SMT (four cores, eight threads), but we’re not sure about the SR5. From what we’ve heard so far, the mid-range SR5 could designate six cores and SMT, which works out to 12 logical CPUs.

Contrary to this, a recent report from Zolkorn.com claims that there will be no 6C/12T Ryzen CPUs coming out, but the eight-core, eight-thread parts instead, with SMT disabled. Reportedly, the quad-core CCX (CPU complex) units that make up Ryzen processors are indivisible, meaning you can either get a full-blown eight-core parts, or quad-core parts with one CCX disabled.

Irrespective of the core count however, all AMD Ryzen CPUs will feature unlocked base-clock multipliers, offering overclocking right out of the box.

Which Ryzen CPU are you most excited about? Let us know in the comments below.