AMD has revealed details about Zen’s possibly indivisible subunit referred to as the Quad-core Unit, as well as its TDP sweet spots at this year’s Hot Chips symposium. Using these details, AMD Zen core size might be just 4.9 mm² incl. L2 cache.

Last week, AMD held a press event where they detailed Zen, the much anticipated CPU microatchitecture from the company that they have been working on for quite some time. According to AMD President and CEO Lisa Su, Zen is brand new, completely built from the ground-up. With this architecture, they have a few goals in place: making a come back in the performance CPU sector, immersive platforms such as VR, and reestablishing themselves in the enterprise data center market.

According to AMD, Zen based CPUs are designed with focus on three key departments which include performance, throughput and efficiency. Built using the same 14nm FinFET design as their Polaris GPUs, the Zen architecture would offer more than 40 per cent performance gain versus Excavator using the same energy per cycle. Given efficiency is incredibly important whether you’re talking about notebooks or data center use, this is indeed a pretty impressive feat. 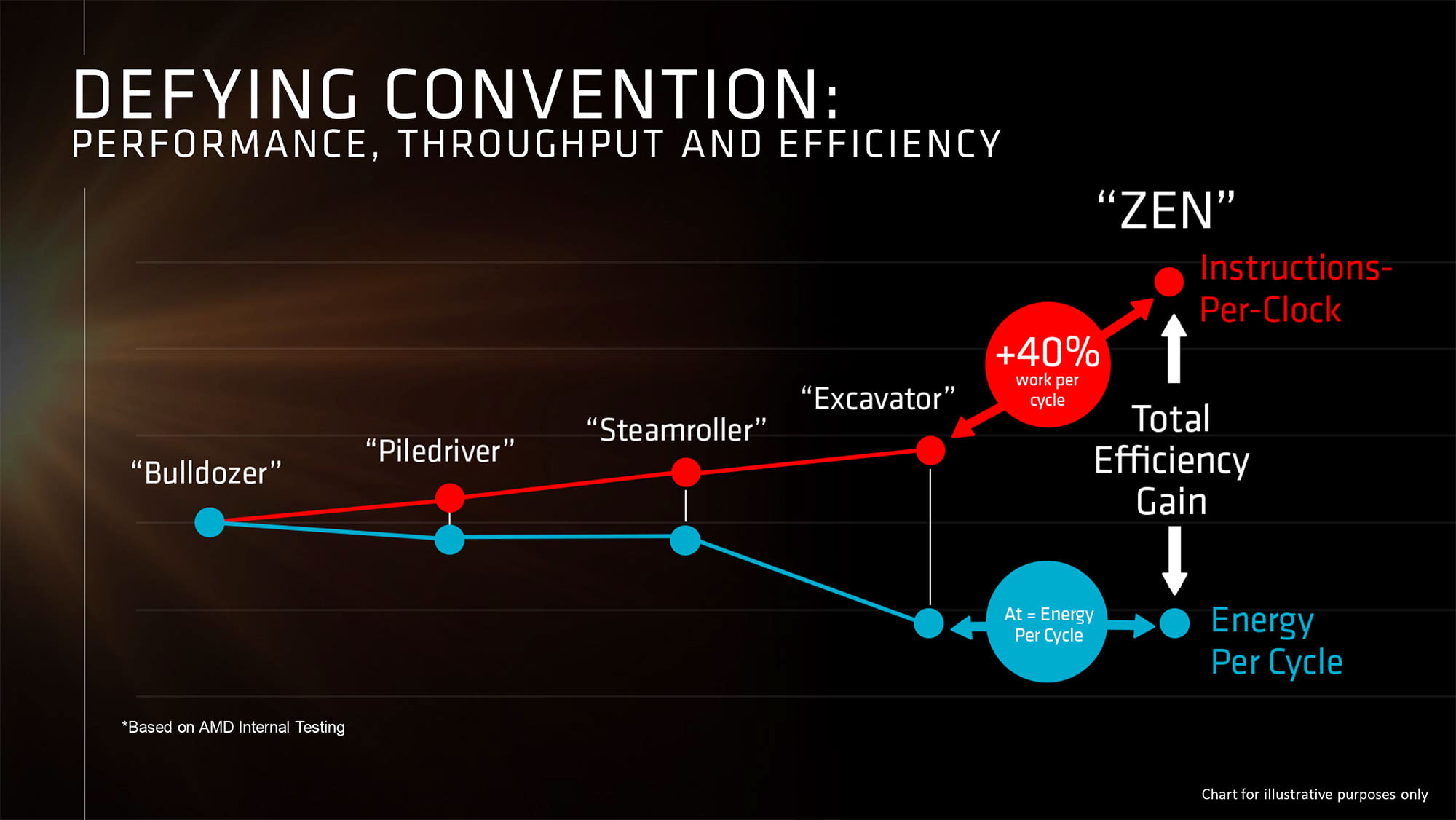 AMD says it has made everything bigger and wider, introducing a micro-op cache, significantly enhanced pre-fetcher, and better branch prediction on each core. Plus, Zen features 1.75x larger instruction scheduler window and 1.5x the execution resources over Excavator. 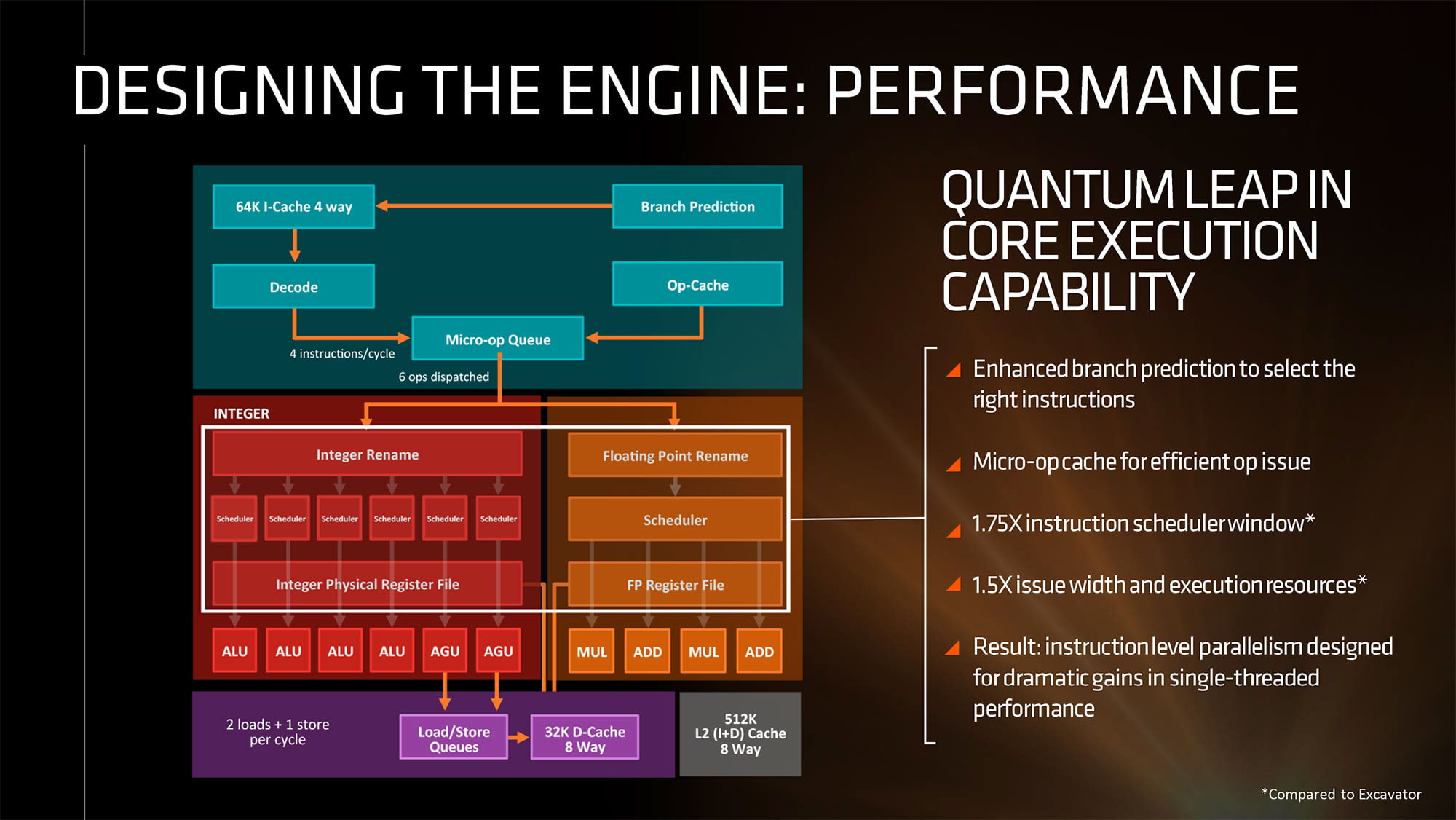 On the cache side of things, they’ve added an 8 MB of L3 cache, separate low latency L1 instruction as well as a large unified L2 cache. Overall, Zen will potentially deliver 5x the amount of cache bandwidth compared to previous designs. 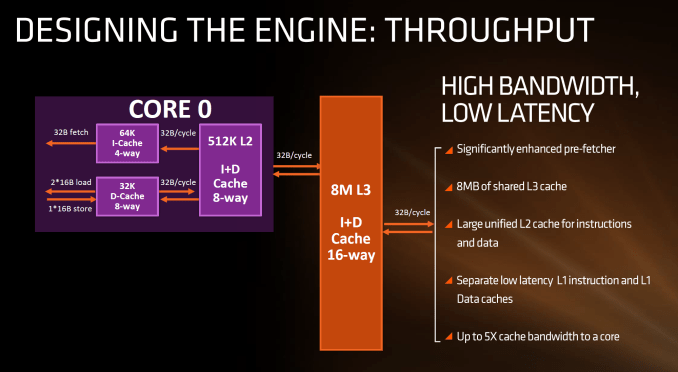 In addition to this, each Zen core will support two threads in what is called SMT (simultaneous multi-threading). In other words, Zen’s design is much closer to Intel’s in that each virtual thread will appear as an independent core to software so there won’t be the resource limitation issue that Bulldozer had. More execution resources will improve the core instructions per clock, however at the moment we don’t know what workloads will benefit from SMT and which ones will not. 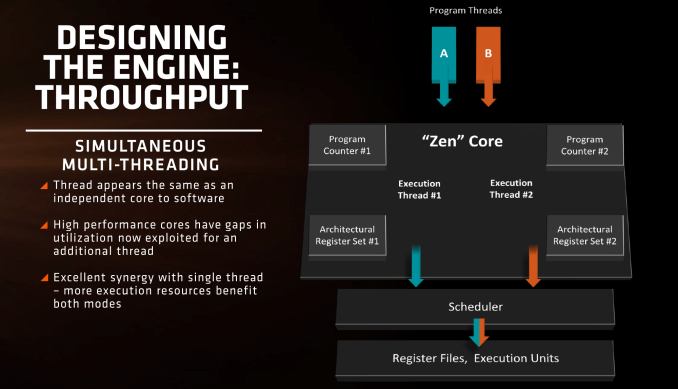 Based on the details above, together with the Excavator module components scaled by certain factors, The New Citavia Blog roughly calculated the Zen core size.

We know that the Zen based processors will be built using the density-optimised version of 14nm FinFET as confirmed by AMD at its performance reveal event. This will allow for smaller die sizes and more reasonable floating point units for higher performance per watt.

Using Polaris 10 die photos, the size of its graphics CU is about 2.96 mm², while the Excavator based Carrizo APU has 7.21 mm² CUs. This gives a process scaling factor of about 0.41. If we put this together with individual design scale factors, the Zen core size is measured to be around 4.9 mm² including L2 cache.

AMD has revealed a few more details about the new Zen CPU architecture at the Hot Chips symposium. According to the firm, the basic building block of the AMD Zen quad-core unit is the CPU-Complex (CCX). Each CCX is comprised of four independent CPU cores connected to an 8 MB L3 cache. The L3 cache is 16-way associative, meaning each core has a dedicated L2 cache of 512 KB. This is unlike the long-standing Bulldozer architecture which shared the total cache with neighboring cores. 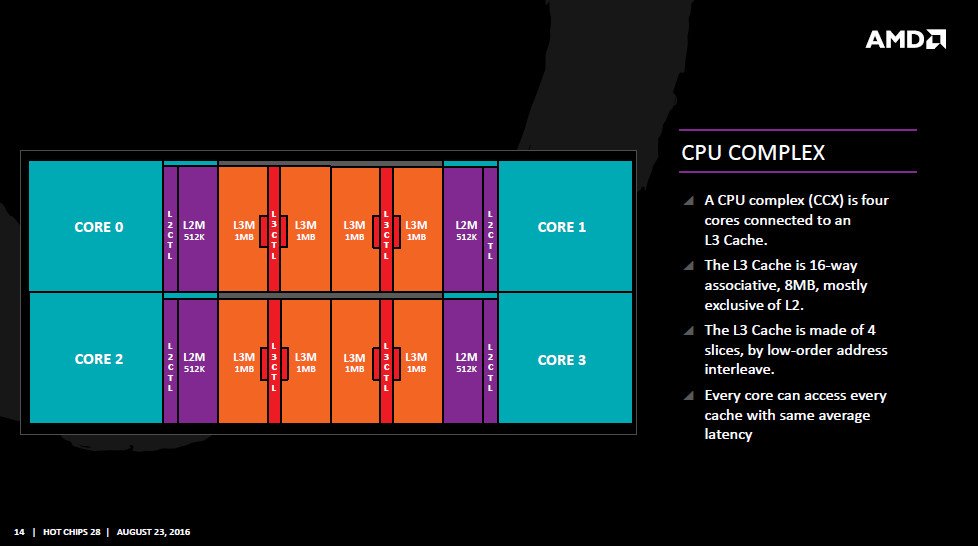 When it comes to power consumption, the company looks to have pushed the Zen’s top end power envelope below 100W TDP. That’s down from the 125+ watts of Bulldozer/Vishera and significantly less than 140W of an equivalent Intel Broadwell-E CPU. Zen would be able to scale from sub-25W up to 95 or 100W TDP that should allow AMD to offer a common architecture across board hence simplifying their product stack.

In a nutshell, AMD Zen has got all the essential ingredients–including a better core engine, better cache system and lower power–that could make it a huge success. All that’s left is for AMD to make it happen. First Zen based products will be enthusiast desktop CPUs called Summit Ridge that could launch in Q1 2017. Pricing details are not revealed yet.

Do you think AMD will be back in the game with Zen chips? Let us know in the comments.