The first benchmarks of Nvidia GeForce GTX 1060 have leaked out, indicating that the card is already in the hands of reviewers and could launch in the next few days. The GeForce GTX 1060 3DMark Firestrike benchmarks, which are posted by XFastest, show some really interesting performance figures, as well as the full specifications of the card in GPU-Z.

The GPU-Z shot shows the GTX 1060 to have 106 TMUs and 48 ROPs, but do note that since there’s no support for the GPU yet, these counts may not be true. So this remains to be confirmed for now, although in my own opinion it should be 80 TMUs and 32 ROPs.

The GPU base and boost clocks are 1506 MHz and 1709 MHz, respectively. This does seem to be lining up with previous reports which suggested a 1.7 GHz boost clock speed.

The graphics card has a 6GB of GDDR5 memory which is clocked at 8 GHz. Unlike previous rumors, there is no 3GB option listed at this time so the possibility is that the 3GB model could be a different graphics card. The card comes with a 192-bit bus interface which means it’ll be delivering a total of 192 GB/s bandwidth.

Another interesting detail is that the GeForce GTX 1060 does not feature SLI bridge fingers pointing to the fact that there won’t be multi-GPU support on GP106 based GPUs. Further, the card runs at 120W TDP on a single 6-pin power connector, and will be using the reference Pascal display configuration of three Display Port 1.4, single HDMI 2.0b and also a single DVI port.

Here are some close up HD shots of the GTX 1060 Founders Edition, courtesy of ChipHell, showing the new budget Pascal card in all of its glory.

Moving to the GeForce GTX 1060 3DMark Firestrike performance, the number we really want to be concerned about here is the graphics score and we can see that the GTX 1060 at stock speeds was able to achieve 13,215 points. But, how does that compare to AMD’s recently launched Radeon RX 480? Well the GTX 1060 does beat it at stock speed and comes really close to an overclocked RX 480. 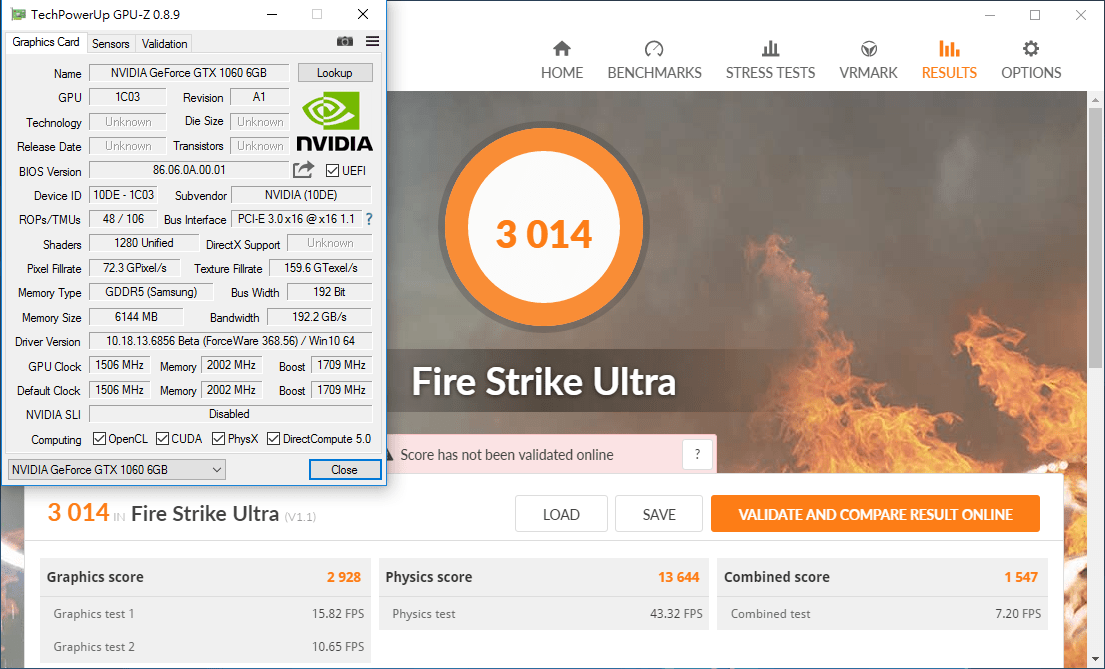 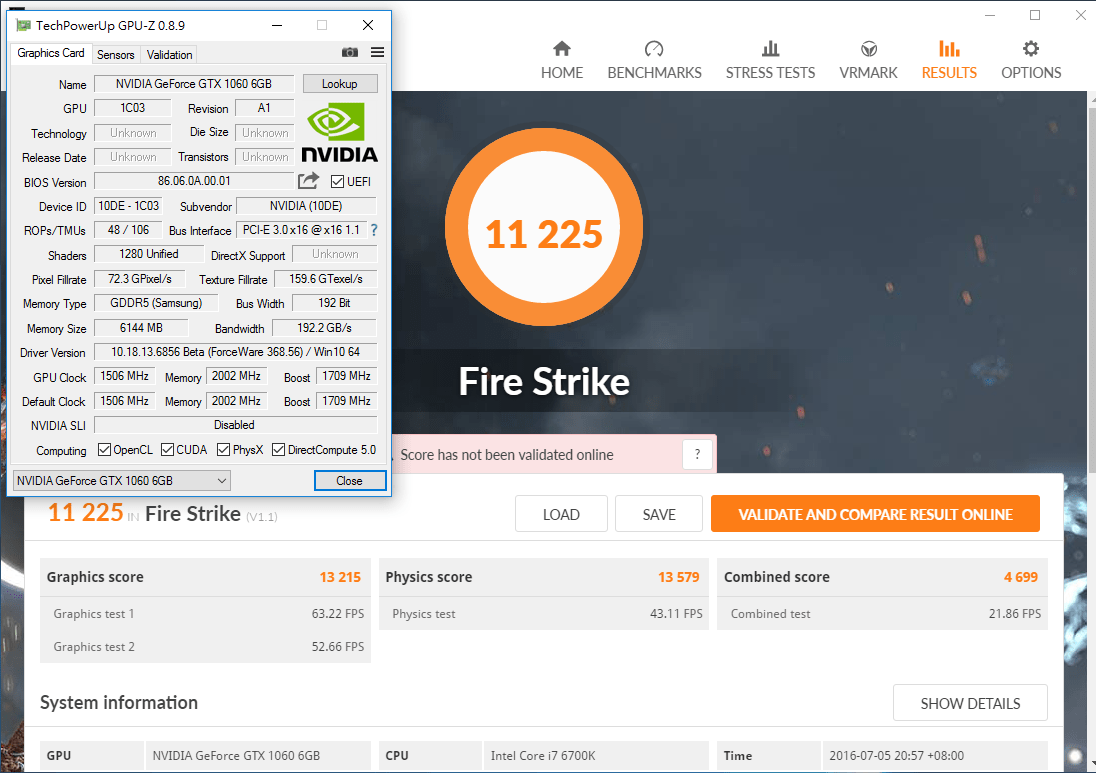 Usually, we can expect to see around 15% increase in overclocks which means if we were to throw an additional 15% above the GTX 1060 score, it would be around 15,197 GPU score which would definitely put it at about 13% faster than the RX 480 when it is overclocked. 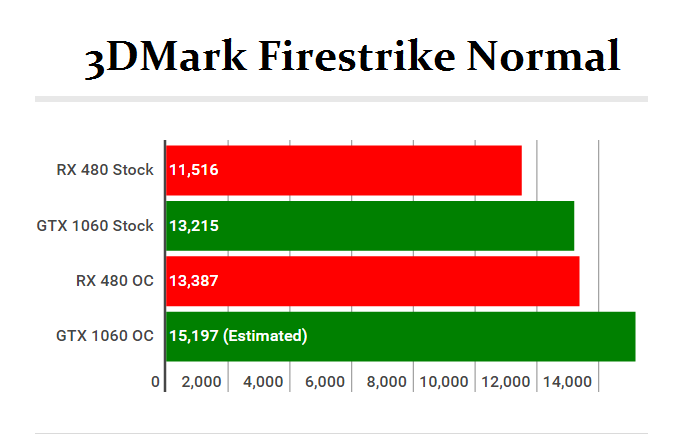 We know that AMD cards can usually do the DX12 stuff relatively better thanks to their hardware level Async Compute integration compared to Nvidia which is handling it in drivers. Also, there’s no doubt that DirectX 12 will be one of the biggest things for games in the future but right now, it looks like on core performance, the GTX 1060 is probably going to be edging out the RX 480 especially when you do consider it to be overclocked.

Nvidia is expected to announce the GeForce GTX 1060 tomorrow on July 7th, while the card could be available in retail market later on July 19th. The pricing details remain to be a secret for now, but the GTX 1060 is rumored to be cost around $250. 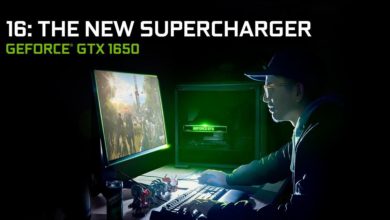